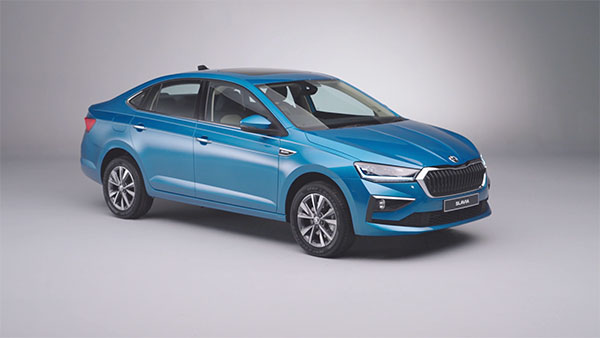 The Skoda Slavia is to be brought in two engine options and hence both the engines will be launched on different days. The price of the 1.0L TSI of the Slavia will be announced on February 28 and the price of the 1.5L TSI will be announced on March 3. The company will start their test drive and delivery according to their launch date. The booking for Slavia has already been started.

The company’s CEO Jack Hollis has informed by tweeting that Skoda Slavia will be brought on February 28 and March 3 respectively, the company has started delivering this model to dealerships. Skoda has released a new teaser and informed that it has been put on display at the company’s dealerships and can be seen by visiting your nearest dealership.

Tata Motors is celebrating the second anniversary of the launch of its Altroz ​​premium hatchback. To mark the occasion, the company has made available the Altroz’s XT and XZ+ (Diesel) trims in Dark Edition. Since its launch in July 2021, the Altroz ​​Dark Edition has received an overwhelming response and there was a demand from customers to introduce additional trims in the Dark Edition.

With the commencement of bookings, the Altroz ​​XT and XZ+ Dark Edition trim will be available at authorized Tata Motors dealerships at a starting price of Rs 7.96 lakh (ex-showroom, Delhi). It has been built on ‘Impact 2.0’ design language. This car has projector headlamps, fog lamps on the bumpers and LED tail lights at the rear. Tata Altroz ​​measures 3990 mm in length, 1755 mm in width, 1523 mm in height and 2501 mm in wheelbase.

Now Mahindra Bolero complies with the latest safety norms. The prices of Mahindra Bolero have also gone up by around Rs 14,000 to Rs 16,000 depending on the variant due to the new update. Mahindra Bolero price now starts at Rs. 8.85 Lakh (ex-showroom).

The country’s largest carmaker Maruti Suzuki is about to update its premium hatchback Maruti Suzuki Baleno. Some time ago the company released the teaser of Baleno Facelift and started booking it. Now Maruti Suzuki has released a new teaser, which gives a glimpse of the taillights on its rear profile.

Renault Duster, a compact SUV from Renault India, is a popular SUV in the Indian market, but now the latest information is coming out that the data of January 2022 has given an idea that this car will no longer be produced and now according to some reports it has been confirmed. that its production has stopped.

This comes as no surprise, as it was earlier reported that the production of the Renault Duster would be discontinued by 2022. The compact SUV that has really found a role in this segment will celebrate its 10th anniversary in India this year.