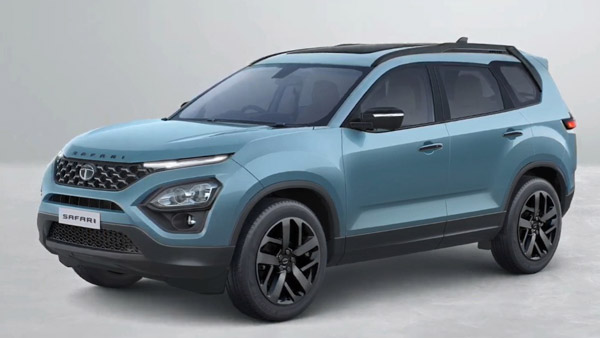 Toyota Innova Crysta is considered to be the most luxurious model in this segment, whether in terms of running or in terms of space, it has been priced at Rs 17.30 lakhs. The company also keeps updating it continuously, this MPV of the company provides premium riding experience. The company also offers a captain seat in the middle row, as well as the option of a bench seat.

It is the best selling SUV in the country, it is known for its capability in the Indian market. Despite being old, sales are going great, this SUV comes with a 7-seat. Mahindra Scorpio has been priced at Rs 13.18 lakh which goes up to Rs 18.14 lakh for the top variant. The company is going to bring its new model soon.

The Tata Safari has been introduced a while back and it comes with a 7-seat. The company has brought the Safari in a new avatar which is inspired by the 5-seater Harrier. The Tata Safari has been priced at Rs 14.99 lakh, this SUV is known for its great features and equipment and better space. Along with this, 6 seat option has been given with captain seat in it.

Volvo XC90 is the company’s flagship SUV, it is considered to be the safest car in the country. This car comes for 7 passengers, its price has been kept at Rs 89.90 lakh which goes up to Rs 1.31 crore for the top model. It is powered by a 1969 cc engine that produces 300 HP of power and 420 Nm of torque, mated to an 8-speed gearbox that sends power to all the wheels of the car.

Toyota Fortuner is the best selling premium SUV in the country, the price of this SUV is Rs 31.39 lakh. It has been present in the Indian market for a long time, recently its new model has been introduced. Toyota Motors also offers a 2.7-litre petrol engine with the Fortuner. This engine generates maximum power of 166 Bhp and peak torque of 245 Newton meter. It is offered with a 6-speed manual gearbox and a 6-speed torque converter automatic gearbox. Petrol engine is not available in the 4×4 drivetrain of the Fortuner.

Mahindra XUV700 has become the most popular SUV in the country and fastest to 1 lakh bookings. This too comes with a three-row variant, with prices starting at Rs 12.95 lakhs which goes up to Rs 23.79 lakhs for the top variant. It has also been made available in a five-seat variant, the company will soon bring it as a 6-seat variant.

The Kia Carnival was the company’s second model and it is the company’s premium MPV. Kia Carnival is available with only K engine option. This is a 2.2-litre diesel engine, which comes with the new BS6 emission norms. This engine produces 197 Bhp of power and 440 Nm of torque and is mated to an 8-speed automatic gearbox as standard.

It is a great SUV from the company and is known for its excellent off-road capability. The most striking feature of the new Land Rover Defender V8 is its engine, which is a 5-litre V8 engine. This engine provides 525 bhp power and 650 newton meter torque. An 8-speed automatic gearbox is used in this car and the company has given a 4-wheel drive system in it.