Top 5 Electric Cars sold in India in 2021: Here are the 5 best selling electric cars of 2021, check which EV is best for you 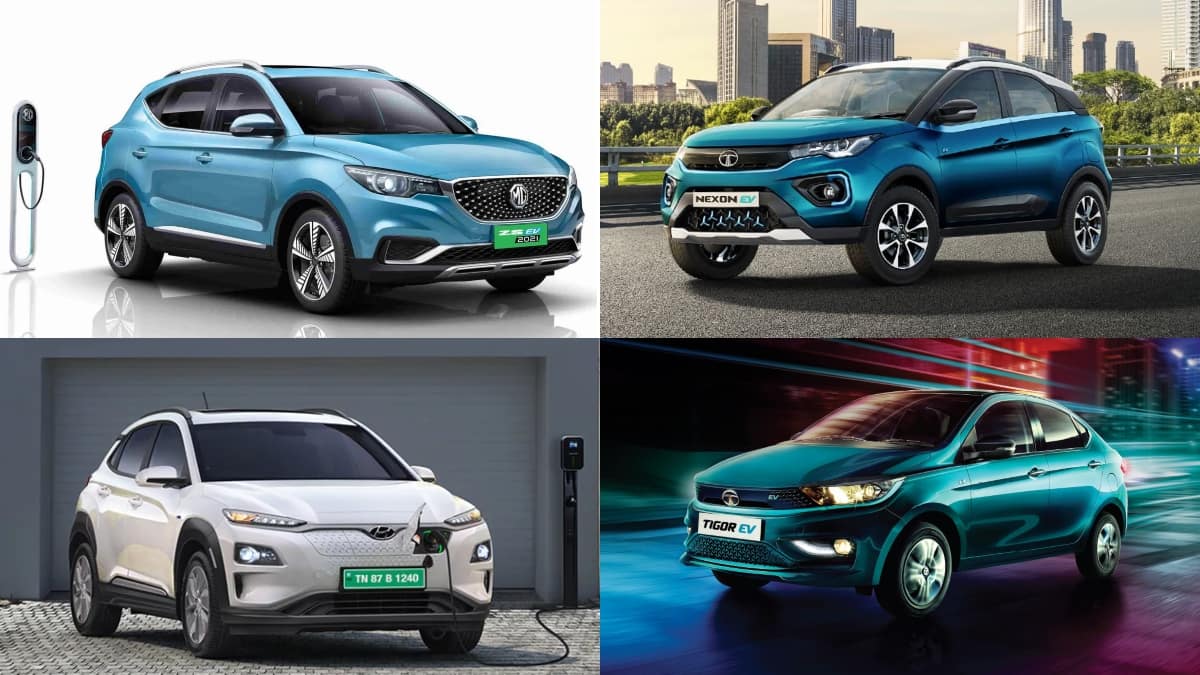 Top 5 Electric Cars sold in India in 2021: Tata Motors dominates the Electric Vehicle (EV) segment in India and the company has 80 percent market share in the year 2021.

Top 5 Electric Cars sold in India in 2021: Electric cars are slowly becoming quite popular in the Indian market. The Electric Vehicle (EV) industry in India is still in an early stage. We have very limited options in the electric car segment, but it is slowly seeing a lot of growth. Tata Motors dominates the EV segment in India and the company has 80 percent market share in the year 2021. In this article, we are sharing with you a list of top 5 electric cars sold in India in the year 2021.

Tata Nexon EV was the best selling electric car in India in the year 2021. The company has sold 9,111 cars in CY2021. Tata’s Nexon EV is powered by a 30.2kWh lithium-ion battery that is mated to an electric motor that generates 129 hp of power and 245 Nm of peak torque. It is claimed that this car can travel 312 km in a single charge. It is currently priced at Rs 14.29 lakh (ex-showroom).

Tata Motors managed to sell 2,611 cars of Tigor EV in the year 2021. The new Tigor EV with Ziptron technology was launched in August last year for private buyers. It gets a 26kWh lithium-ion battery and it is claimed that it can cover a distance of 306 km on a single charge. Its electric motor generates 75 hp and 170 Nm of torque. The current price of Tata Tigor EV is Rs 11.99 lakh, ex-showroom.

The last car on this list is the Mahindra Verito EV. Mahindra Electric has sold 49 vehicles of the Verito EV in India last year. The Mahindra Verito EV gets a 72-volt lithium-ion battery pack and is claimed to have a range of 110 km on a single charge. Its electric motor generates power of 41 hp, torque of 91 Nm. It is currently priced from Rs.10.16 lakh (ex-showroom).