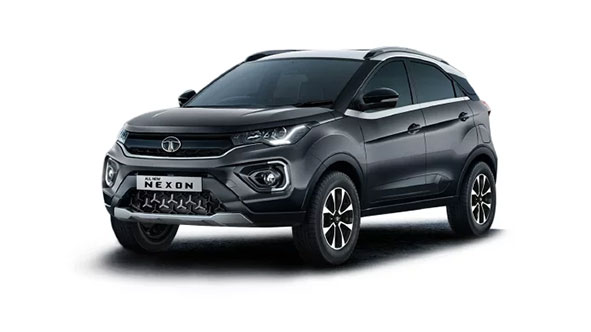 The Indian automotive space will continue to witness new and updated cars arriving through 2022 from a wide mix of brands. The first three months alone will witness a fair few product launches, especially in January, and these are our top five new cars to watch out for:

The freshest member of the Maruti lineup, the second-gen Celerio, will be getting a CNG variant in early 2022. It will run the same 1-litre petrol engine with the 5-speed manual, but expect a drop in output on the cleaner fuel compared to the performance rating of 67PS/89Nm. Usually, the CNG kit is offered on the mid-spec variants like the Vxi. The CNG option will likely attract a premium of around a lakh over the corresponding petrol variants. It is expected to launch in January itself.

Another big launch in the first quarter of 2022 will be the facelifted Maruti Baleno. It has been spied testing in a production-ready avatar multiple times and is expected to launch soon. The new Baleno will feature small cosmetic updates to the exterior and an updated interior with more features including a 9-inch touchscreen infotainment system. It is expected to continue with the same petrol engines as the current model: 83PS 1.2-litre unit and 90PS 1.2-litre DualJet petrol unit with mild hybrid tech. Both will be offered with a 5-speed manual while only the former will get the choice of a CVT automatic. It could reach the market by mid-February.

The fourth offering from Kia for India will be Carens MPV. It is a three-row offering that has similarities with the Hyundai Alcazar and gets the same engine options as the Seltos: 1.5-litre petrol, 1.4-litre turbo-petrol and 1.5-litre diesel with manual and automatic transmissions, depending on the variant. It features a distinctive exterior design and offers a lot of safety features as standard such as 6 airbags, traction control, ISOFIX anchors and electronic stability control. The Carens is primarily a seven-seater with a six-seater option in the top variant. Its second row gets an electric one-touch tumble function as standard too with ventilated front seats, 10.25-inch touchscreen infotainment system, connected car tech and ambient lighting in higher trims. The new Kia MPV is expected to be priced from Rs 14.5 lakh to Rs 19 lakh and is expected to launch by the end of January.

The all-new Skoda Slavia that premiered towards the end of 2021 will make its Indian market debut in March 2022 when its prices are scheduled to be announced. It is bigger and more premium than the Rapid, which it replaces. The Slavia gets features like a digital instrument cluster, ventilated front seats, and a 10-inch touchscreen infotainment system. Under the bonnet, it’ll be available with the same 1-litre and 1.5-litre turbo-petrol engines as the Kushaq with the same manual and automatic transmissions. Showroom displays and test drives for the Slavia are slated to be underway by late February.

Tata is about to join Maruti and Hyundai in the niche of brands that offer factory-fitted CNG models in January 2022. It will start with the Tiago, its entry-level model, that uses the 86PS 1.2-litre Revotron engine. The CNG option will be limited to the 5-speed manual shifter and is expected to be offered across most variants, even the best equipped ones, unlike its rivals. It will likely attract a premium of around Rs 70,000 over the corresponding petrol versions. The Tigor, the sub-4m sedan version of the Tiago hatchback, will be getting its CNG variants at the same time.

The lifestyle vehicle segment in India is about to get a new member in the form of the Toyota Hilux pickup. It has been spied testing multiple times, ready to be launched in January. The Hilux will be the first direct rival to the Isuzu D-Max in India as a premium double cab pickup vehicle. It is expected to be offered with the choice of 2.4-litre and 2.8-litre diesel engines, the latter also likely to get the option of a 4×4 drivetrain. The Toyota pickup is likely to be a well-equipped model with comforts like cruise control, a touchscreen infotainment system, multi-zone climate control, and a power adjustable driver’s seat. The Hilux is expected to be priced around Rs 25 lakh.

Toyota will be doing a double launch at the start of 2022 with the facelifted Camry arriving around the same time as the Hilux pickup. The Camry is one the most premium, executive sedans in the market and the only one with a strong hybrid self-charging powertrain. It is getting a handful of cosmetic changes to the exterior, added features and likely a new centre console as well. The 2022 Camry is expected to continue to be offered in a single fully-loaded premium that would be priced at a premium over the current price of Rs 41.2 lakh.

The India-centric Citroen C3 sub-4m offering was unveiled in September 2021 and it is expected to arrive in the market in March 2022. Its body type falls somewhere between an SUV and a hatchback as a rival to the likes of the Renault Kiger, Maruti Swift, Tata Punch and Hyundai Grand i10 Nios. The C3 packs a colourful but rugged design inside and out with a feature list that includes auto AC, a 10-inch touchscreen infotainment system and digitsed instrument cluster. Citroen is expected to offer it with the choice of naturally-aspirated and turbocharged 1.2-litre petrol engines with manual and automatic transmissions.

Mahindra is gearing up to launch its first mass-market passenger EV with the eKUV100. It has been previewed in a close-to-production spec avatar and is expected to reach showrooms in early 2022. It is expected to feature a new and enlarged battery pack over the commercial variant’s 15.9kWh battery for a claimed range of around 200km. The eKUV100 is referred to as a micro-SUV offering and is expected to only offer the basic comforts and conveniences inside its cabin. It is expected to be priced from Rs 10 lakh as the most affordable electric car in India.

Even though it is not expected to be launched in the first quarter of 2022, it earns a spot on this list for its expected production-spec debut in March. The new Scorpio has been spied testing endless times revealing a fair few of its updates and features. It is one of the most highly anticipated new cars of 2022, following in the footsteps of the last two Mahindra successes: Thar and XUV700. The new Scorpio will feature a sharper look while still retaining its iconic tallbody stance and a modern interior with large displays.