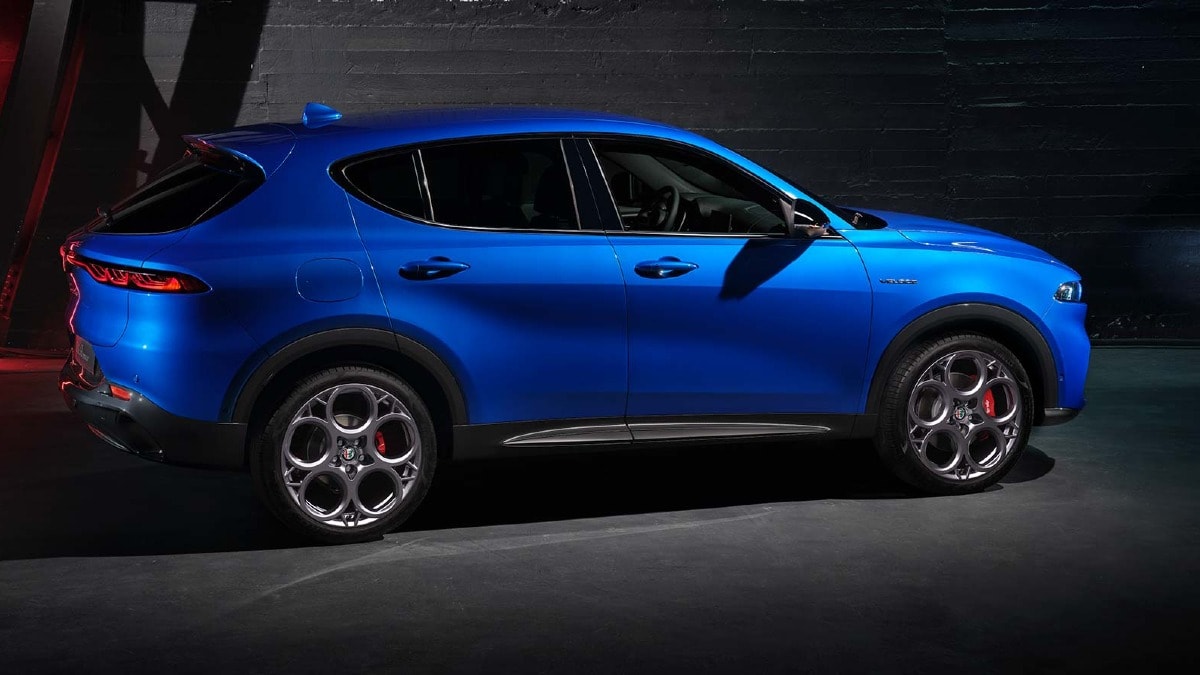 Alfa Romeo has launched its stylish hybrid SUV car Tonale to compete with brands like Tesla, Audi, Mercedes-Benz, Jaguar. The new car has been launched under the company’s new owner Stellantis. With the latest hybrid car, Alfa Romeo has finally entered the electric vehicle segment. Let us tell you, the company claims that from 2027 it will launch only electric vehicles. The Tonale gets an electric motor of 48V capacity and also has a 1.5-litre petrol engine. The company claims that the new electric hybrid car can accelerate from 0-100 kmph in just 6.2 seconds and has an electric-only driving range of 60-80 kms.

Alfa Romeo launched Tonale in a virtual conference on Tuesday. At present, the price of the car has not been disclosed, but after launch, it can compete with many premium electric and hybrid cars, including cars from Tesla, Audi, Jaguar, Volvo, Mercedes-Benz etc. According to CEO Jean-Philippe Imparato, with the launch of Tonle this year, the brand will launch a new car every year till 2030.

Currently, the Tonale range of new hybrid SUV car is made in two electric variants – first a mild-hybrid powertrain, with the option of 130hp or 160hp, and the second is a plug-in hybrid (PHEV) variant. Both the mild-hybrid variants will get a four-cylinder 1.5-litre petrol engine, which is mated to a 7-speed dual-clutch automatic gearbox and 48V electric motor.

At the same time, a battery pack of 15.5kWh capacity has been used in it. As we mentioned, the company claims that the Tonale will be able to accelerate from 0-100kph in just 6.2 seconds. The PHEV model, on the other hand, offers an electric-only range between 60km to 80km.

The Tonale gets a 12.3-inch digital instrument cluster. Apart from this, it also gets a 10.25-inch touchscreen infotainment system with Apple CarPlay and Android Auto support, which comes with over-the-air (OTA) updates and driver assist system support.

It is the first car in the world to have a non-fungible token (NFT), which connects the car to a digital certificate based on blockchain technology. With the consent of the customer, it creates a confidential and non-convertible record of key stages of the car’s life, which serves as a guarantee that the car is properly maintained, thereby improving its residual value .