Today, a giant comet flies close to Earth: you can watch live 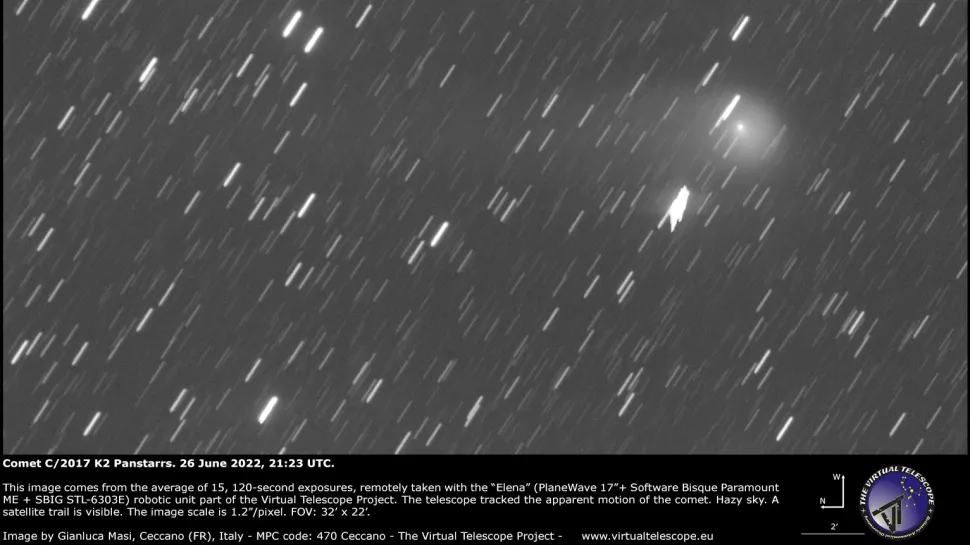 Tonight, from July 14 to 15, 2022, an interesting astronomical phenomenon will occur – one of the most distant active comets ever discovered will approach the Earth as close as possible.

Comet C/2017 K2 (PanSTARRS), called K2 for short, is finally coming into Earth’s field of vision after it was first spotted by the Pan-STARRS Survey Telescope in the outer solar system in 2017.

Comet K2 will make its closest approach to our planet tonight, passing 270 million kilometers from Earth (beyond the orbit of Mars). The event can be watched live via the Virtual Telescope Project, which began at 01:15 Moscow time:

For those who could not watch the live broadcast, a recording of the video will be available.