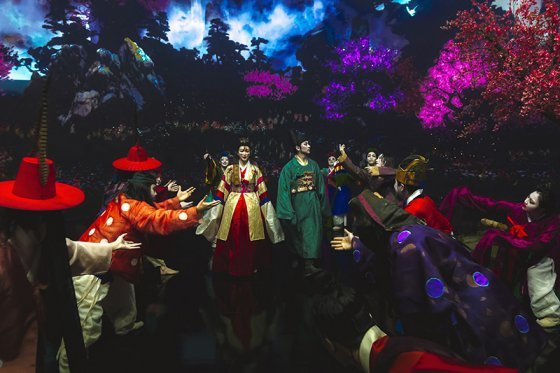 Apple CEO Tim Cook left a commentary on ‘LIFE IS BUT A DREAM’, a short film produced in collaboration with director Park Chan-wook and Apple.

Tim Cook wrote on Twitter on the 22nd, “Park Chan-wook’s new work utilizes genres and shows mastery of cinematography, while at the same time showing the beauty and power of Korean culture.”

Director Park Chan-wook’s ‘A Night of Dreams’ depicts a commotion at night when two dead ghosts fight over a coffin. This is director Park’s first historical drama, and he made a new attempt with pansori and madanggeuk. 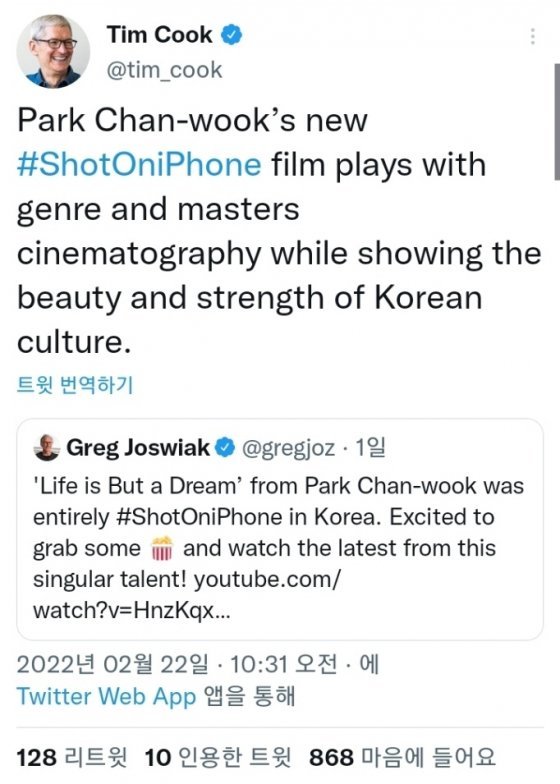 It is a 21-minute and 24-second historical drama starring Yoo Hae-jin, Kim Ok-bin, and Park Jung-min. Young-gyu Jang, the leader of the band ‘Nalchi’, served as the music director, and Monica of the dance crew ‘Proudman’ served as the choreography director.

This new work was filmed only with Apple’s smartphone ‘iPhone 13 Pro’. Produced as part of Apple’s ‘Shot on iPhone’ campaign, which shows photos and videos taken with the iPhone, the film can be viewed on Apple’s official YouTube channel.