Three scientists got the Nobel Prize in Physics for their work on quantum science. 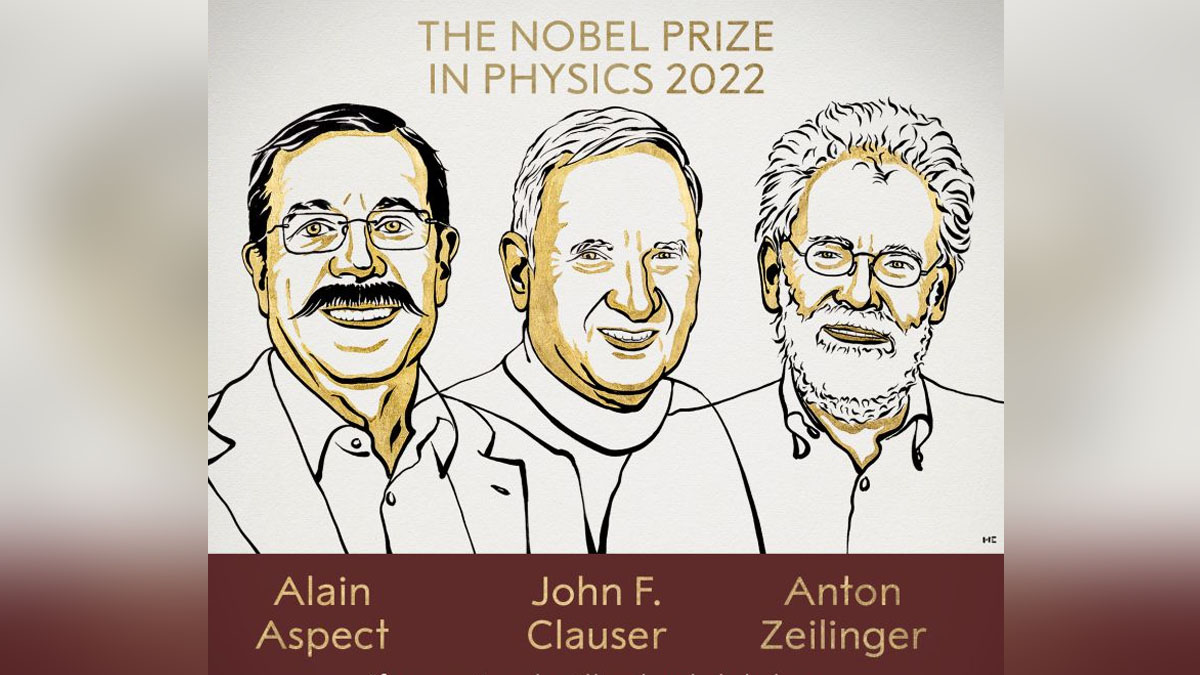 Stockholm. This year’s Nobel Prize in Physics was announced jointly to three scientists for their work on quantum information science with important applications. The Royal Swedish Academy of Sciences has announced the award for ‘Quantum Informatics’ to Allai Espay of France, John F. Klauser of America and Anton Cylinger of Austria. The three scientists have been given this award for discovering ways to hold or connect particles called ‘photons’ even after separating them over long distances. An example of quantum information science is also ‘encryption’.

It is noteworthy that ‘encryption’ is a method through which information is converted into a secret code which hides the true meaning of the information. “Quantum informatics is a vibrant and rapidly growing field,” said Nobel Committee member Eva Olsson. “It has potential for widespread use in areas such as secure transfer of information, quantum computing and sensing technology,” he said.

“It has its roots in quantum mechanics,” Eva said. “Its conjectures have opened doors to another world and it has shaken the whole foundation of our interpretation of measurement,” he said. After the announcement, Cylinger said at a press conference over the phone that he was shocked to hear the award was announced. “But it’s a positive experience,” said Cylinger, 77, affiliated with the University of Vienna.

It is noteworthy that all three scientists received the Wolf Prize in Israel in 2010, which is considered a prize making the possibility of winning the Nobel Prize. The Nobel Committee stated that Klauser (79) brought quantum theory to practical use, and Espay (75) corrected the flaws in this theory, first proposed in the 1960s, while Sylinger demonstrated ‘quantum teleportation’ Which helped in the transmission of information over a distance.

Cylinger said that when he began his research, the experiments were purely philosophical without any potential use. Since then, the work of these scientists has been used in the development of quantum computers, quantum networks and the areas of secure quantum encrypted communication.