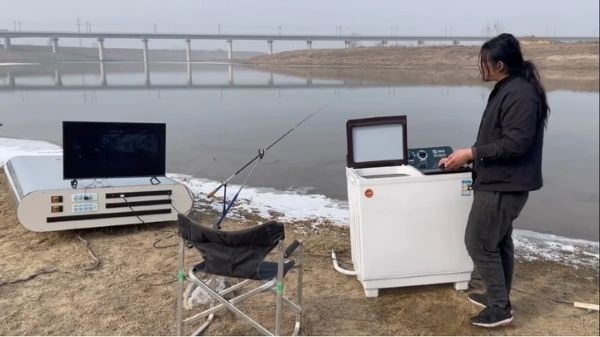 Power banks and portable chargers have become a daily necessity in recent times. These days almost everyone uses power bank as a backup battery. At the same time, there are many benefits of power banks, such as we can charge our mobiles due to lack of electricity and if we travel somewhere, then there is a dire need of it.

But these power banks also have to be charged otherwise they are of no use to anyone. In such a situation, Chinese YouTube star Handy Gang has done a feat that no one had ever imagined. They have built the biggest power bank of 27,000,000mAh which can charge thousands of phones. Not only this, it can also run electrical devices like washing machines, but it cannot be kept in the pocket. With this power bank, we can charge up to 5000 mobile phones simultaneously.

What does the world’s largest power bank look like?

Handy Geng had a much smaller power bank than his friends, so he decided to get a power bank with a bigger battery. For this device, Geng used a huge flat battery pack. Each 3,000mAH capacity can be charged. Geng seems to have used a larger battery pack as seen in electric cars. Due to this biggest power bank, this Chinese YouTuber is in news all over the world right now because making such a big power bank is not a small thing.

you here this YouTube by clicking on the link You can watch the video in which Handy Gang has told.

He said the project was built from the ground up, including a protective frame and wiring for about 60 ports. Along with smartphones, this power bank also powers major devices like TVs, electric scooters and washing machines. It has an electrical potential voltage of up to 220V supported by 60 output charging connectors.

Apart from this, the wheels of this giant power bank have also been given, so that if you want to take it anywhere, you can take it. However, it is a bit difficult to carry it from one place to another because its weight is also very high. But it is very useful in those places where there is a lot of power cut.