This wonderful looking car will dance on your gestures, just don’t ask the price. 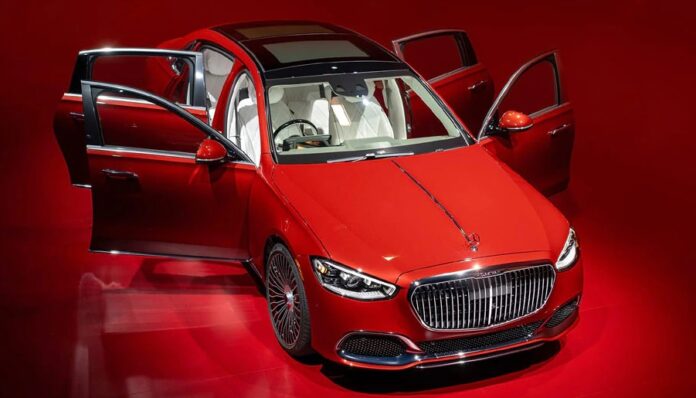 New Delhi : Luxury car maker Mercedes-Benz has launched its ultra luxury car Maybach S-Class in India with an initial ex-showroom price of Rs 2.5 crore. Famous people and leaders from all over the world use this car and seeing this car, one understands why it is so much liked. This car is also known worldwide for its strong engine. Mercedes-Maybach S-Class 680 is priced at Rs 3.2 crore for the imported model, while Rs 2.5 crore is for the S-Class 580 model that is being produced domestically.

Martin Schwank, MD and CEO of Mercedes-Benz India, said that the company is going to launch 10 new cars in India this year, one of which will be the EXS electric car. The Mercedes-Maybach S-Class has been introduced in a stunning style and design whose bonnet and grille are the first to be seen. The car has been given 19-inch retro monoblock design wheels. The S-Class Limousine is a 5.7 meter long car that gets digital headlamps with 13 million micro mirrors

The Mercedes-Maybach S-Class comes with gesture control that allows the driver to perform various gestures such as opening the sunroof, closing the lights, seatbelt or doors. 30 speakers have been given in the cabin of the car, which also work as noise cancellation. In India, this car has been launched with Level-2 Autonomous Driving Software and 13 airbags have been given here in terms of safety.