This was the world’s first smartphone that was launched 27 years ago, it looked like this 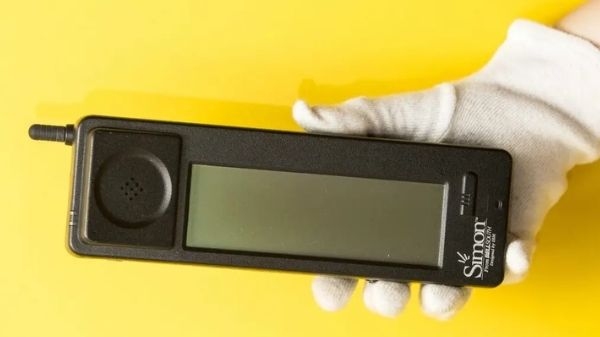 Today, every other third day, a new mobile phone of some company is launched, today there are countless different types of smartphones around the world, but have you ever wondered which was the world’s first smartphone and when it was launched. And what did that smartphone look like, so today you will get the answers to all these questions here, so let’s know this article in detail and read about the first smartphone.

When was the world’s first smartphone launched

Yes, in many reports, IBM Simon is considered to be the world’s first smartphone and at that time its price was $ 800. That is, not everyone was able to buy, but nowadays one can buy a smartphone within 3000 to 4000 rupees.

What was the specialty of this first smartphone

This world’s first smartphone was given many great features like mobile phone, pager, fax machine and personal digital assistant etc. It was a state-of-the-art device that changed the very definition of a mobile phone.

Also, it is believed that this was the world’s first touch screen smartphone. According to Wikipedia, the IBM Simon had a 3-inch touch screen. In which the resolution of 160 × 293 pixels was given and the memory was available only 1MB. Whereas the battery used to be 7.5V NiCad and its operating system was Datalight ROM-DOS.

Several sources in Wikipedia also state that it was discontinued in 1995 and by then about 50,000 units had been sold.

However, after this the company did not spend much time in the smartphone market and in 2007 the iPhone was born. After this, many new companies were born and the entire coup has been overturned.

Today, companies like China’s top smartphone maker Xiaomi, Oppo, OnePlus and Vivo offer many smartphones in India and its users are also the highest, although the iPhone and South Korea’s Samsung company is still on the top in the whole world.