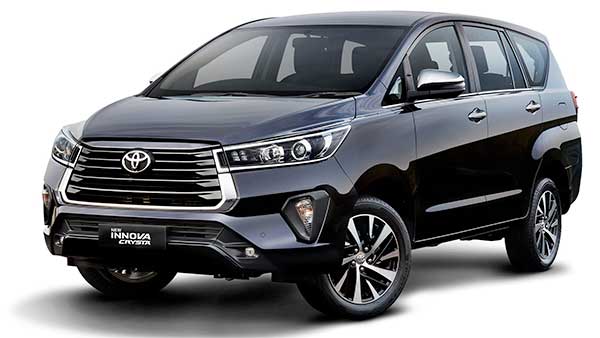 In India, Toyota Innova Crysta competes with Maruti Suzuki XL6, Ertiga, Renault Triber, Kia Carens and MG Hector Plus. Toyota Innova Crysta is currently being sold in a total of 18 variants. This MPB has been made available in the Indian market for a price range of Rs 16.52 Lakh to Rs 24.59 Lakh (ex-showroom).

Toyota Innova Crysta comes with multiple seat option and offers a seating capacity of 8 people. It has been made available in the Indian market in two engine options, 2.7-litre petrol and 2.4-litre diesel. Its petrol engine produces 166 Bhp of power and 245 Nm of torque, while the diesel engine generates 150 Bhp of power and 360 Nm of torque. This MPV is mated to a 5-speed manual and 6-speed automatic gearbox.

Apart from this, features like Vehicle Stability Control, Hill Start Assist, Telescopic Steering, Ambient Alumination, Electrically Adjustable Driver Seat and Automatic Climate Control have been given in it. Such vents have also been given in its second and third row seats.

Toyota Kirloskar Motor has released its sales figures as soon as July 2022 ends. The company has informed that it has registered the highest ever wholesale sales for the month of July 2022. According to the data released by the company, Toyota has registered sales of 19,693 units of vehicles last month.

While the company had wholesale sales of 13,105 units in July last year, there has been a 50 percent increase in sales this year. In addition, in a year-on-year sales comparison, the company’s wholesale sales grew 19 per cent in July as compared to June 2022, as Toyota sold 16,500 units in June.

Commenting on the sales performance, Atul Sood, Associate VP, Sales and Strategic Marketing, Toyota Kirloskar Motor, said, “The month of July marks our endeavor in terms of sales as well as towards ‘Massive Electrification’ in India. It was great for the company.

He further added that this is because the company unveiled the first self-charging strong hybrid electric vehicle in the high-volume B SUV segment – the Toyota Urban Cruiser Highrider. The customer feedback for this new model has been very interesting.