This SUV is MG’s ‘Lucky Charm’, one lakh vehicles made in factory in 3 years 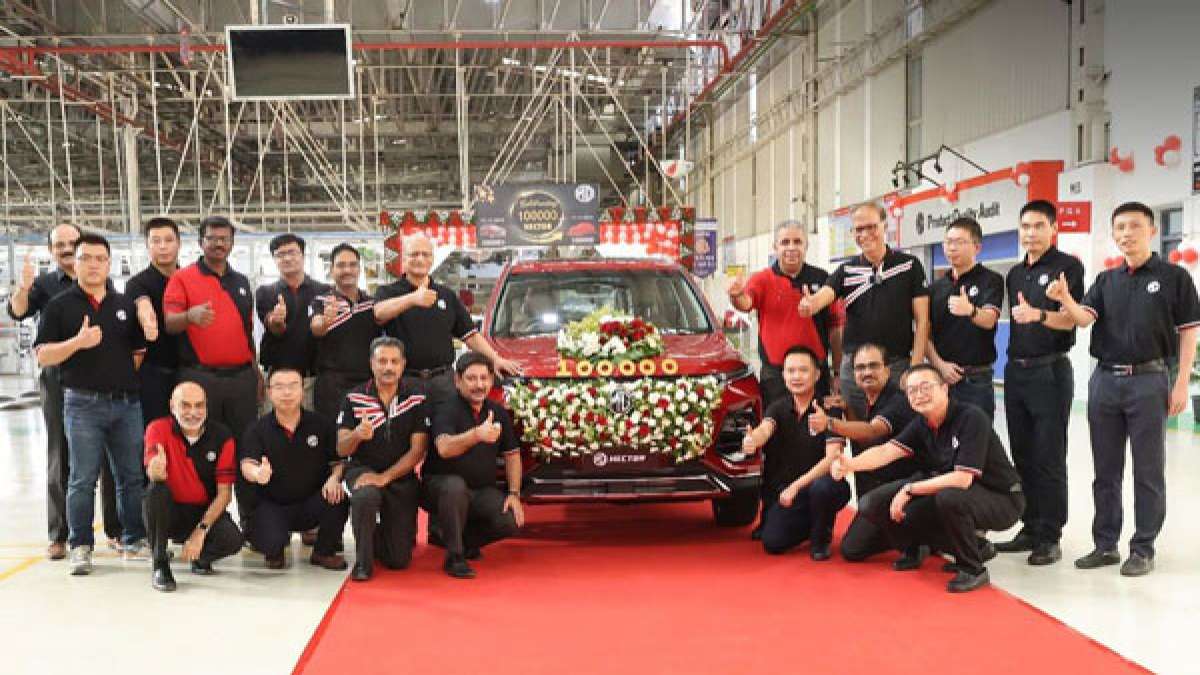 MG Motors entered the Indian market about 3 years ago. Within these years it has become one of the top 10 car companies in India. In November 2022, it stood at number 10 in terms of car sales.

It has left behind car brands like Volkswagen, Nissan and Jeep. Now the company’s SUV has achieved a special status. MG Hector SUV has crossed the sales mark of 1 lakh units in India.

It has proved to be a ‘lucky charm’ for MG. The company rolled out the 1,00,000th unit today from its MG Motor facility in Halol, Gujarat. MG Motors entered the Indian market with the Hector SUV. It was launched in 2019. Touted as India’s first ‘Internet SUV’, the Hector continues to be MG Motor’s best selling model.

At an average of around 1,500 units every month, the Hector has topped MG Motor’s portfolio in terms of sales since its launch in India three years ago. Hector SUV price in India starts from Rs.14.42 Lakh (Ex-showroom). Its high variant costs Rs 20.36 lakh (ex-showroom). It has both petrol and diesel engine options. The customers also get the option of a CVT transmission along with the manual.

Apart from Hector, the company also has cars like MG Gloster, MG Astor, MG ZS EV. It competes with cars like Hyundai Alcazar, Tata Harrier, Mahindra Scorpio N and Mahindra XUV700. The new generation version of MG Hector is also expected to arrive by next month with several upgrades.

The design of the updated Hector will be changed. The company said that it will have a new-look grille, which will also have a headlamp housing with gloss black elements around it. The MG Hector can also get the biggest infotainment screen in its segment. It will also get a 14-inch touchscreen infotainment system and ADAS (Advanced Driver Aids System) feature.