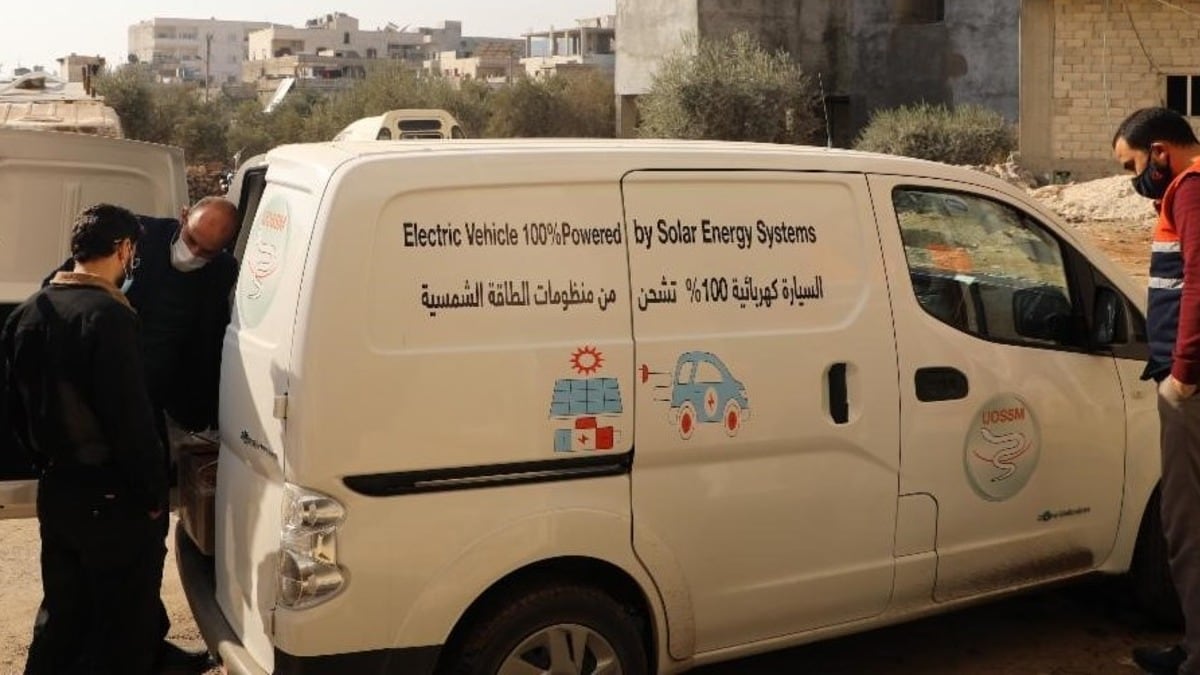 The situation in Syria is hardly hidden from anyone. Several years of conflict in the country has deprived more than 4 million people of access to essential health services. The main reason for this is the destruction of healthcare infrastructure by aerial bombing. Apart from this, lack of fuel can also be considered as one of the reasons. However, now an electric vehicle has come as a messiah for medical workers in northern Syria. It is being used to reach patients and transport essential vaccines.

One of Power Engineering International Report It states that a project has been started in northern Syria, in which several electric vehicles will be used as emergency vehicles. The first of these electric vans has started operating in the area to deliver health services and vaccines. This is called the Health Integrated Resilience System (HIRS).

The report states that this 100% electric van uses a lithium battery, which is charged through solar power. This project has been started under the Syria Solar Initiative. The project is being run by the Union of Medical Care and Relief Organizations (UOSSM) and funded by Creating Hope in Conflict: a Humanitarian Grand Challenge.

Speaking to PEI, UOSSM’s environmental engineer and program co-ordinator Ali Mohamad said, “Our team is made up of qualified engineers and doctors, who are working together to take this project forward.”

Mohamed said of the project’s future that “it could significantly transform the future operation of health services in areas of crisis and war around the world – especially given the urgency to meet climate goals for deep decarbonisation.” Seeing it.”