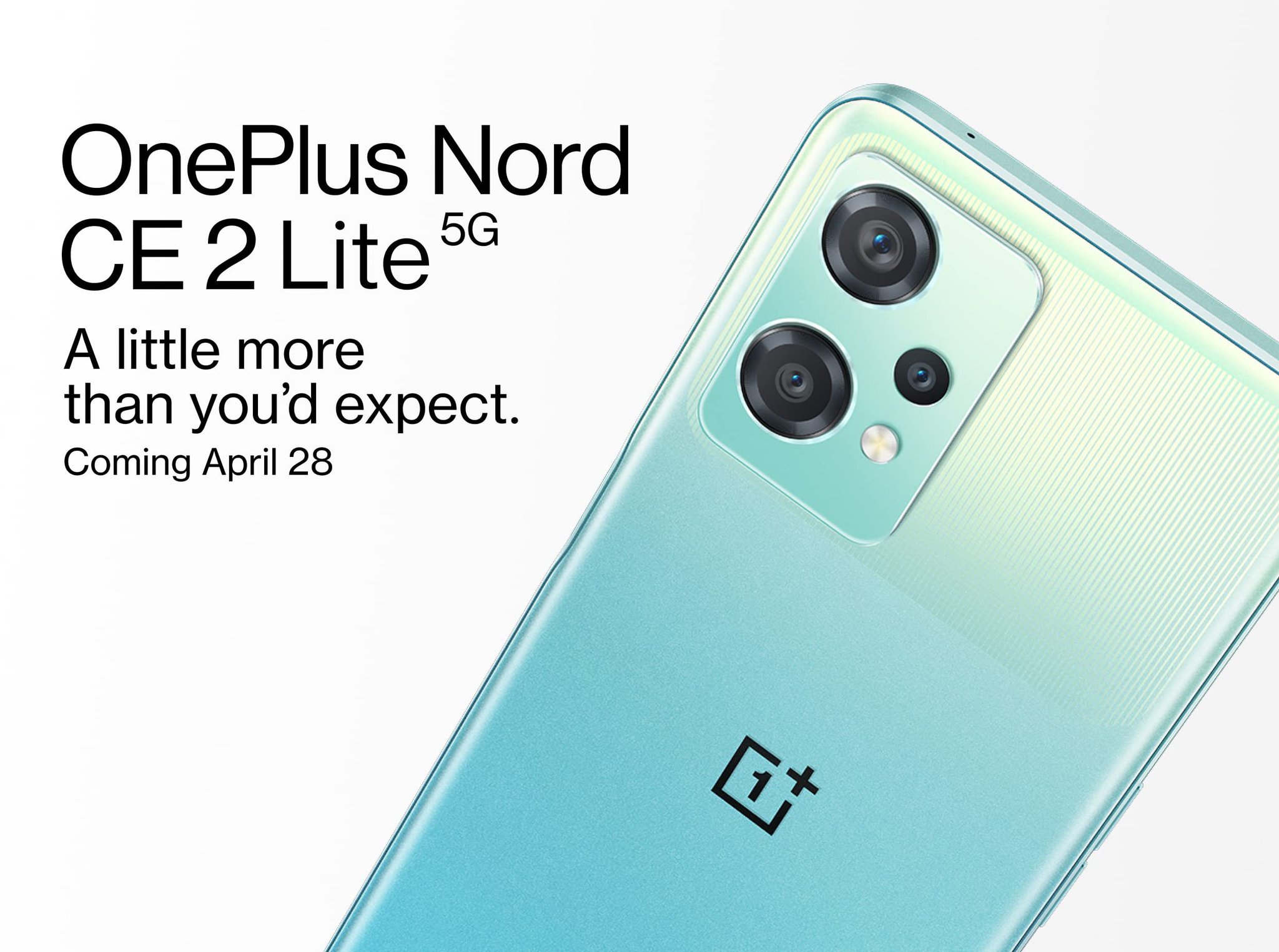 OnePlus has published several teaser images of the promising budget model OnePlus Nord CE 2 Lite. The novelty will be officially presented on April 28, but the design can be assessed now.

The peculiarity of the smartphone is in the “corrugated” insert in the upper part of the back. The older OnePlus 10R (aka OnePlus Ace) has the same stripes, but there they stretch along the entire body, visually dividing it into two halves, right there – just an insert at the top.

I must say that in terms of design, the OnePlus Nord CE 2 Lite does not show anything new, since it almost exactly repeats the Realme 9 Pro Plus.

The teaser confirms that the OnePlus Nord CE 2 Lite has a 5,000mAh battery with support for 33W fast charging. But the slogan promises “A little more than you expect.” What else to expect from a smartphone?

According to preliminary data, OnePlus Nord CE 2 Lite will receive a 6.58-inch IPS screen with a frame rate of 120 Hz and Full HD + resolution. The hardware basis will be SoC Snapdragon 695, the software platform will be OxygenOS 11. The resolution of the front camera will be 16 megapixels, the main ones will have sensors with a resolution of 64, 2 and 2 megapixels. The amount of RAM is 6-8 GB, the built-in flash memory is 128 GB. OnePlus Nord CE 2 Lite will be cheaper than Nord CE 2, that is, the price will be below $300.