This small electric car gives a range of 230 km, the size is smaller than Tata Nano 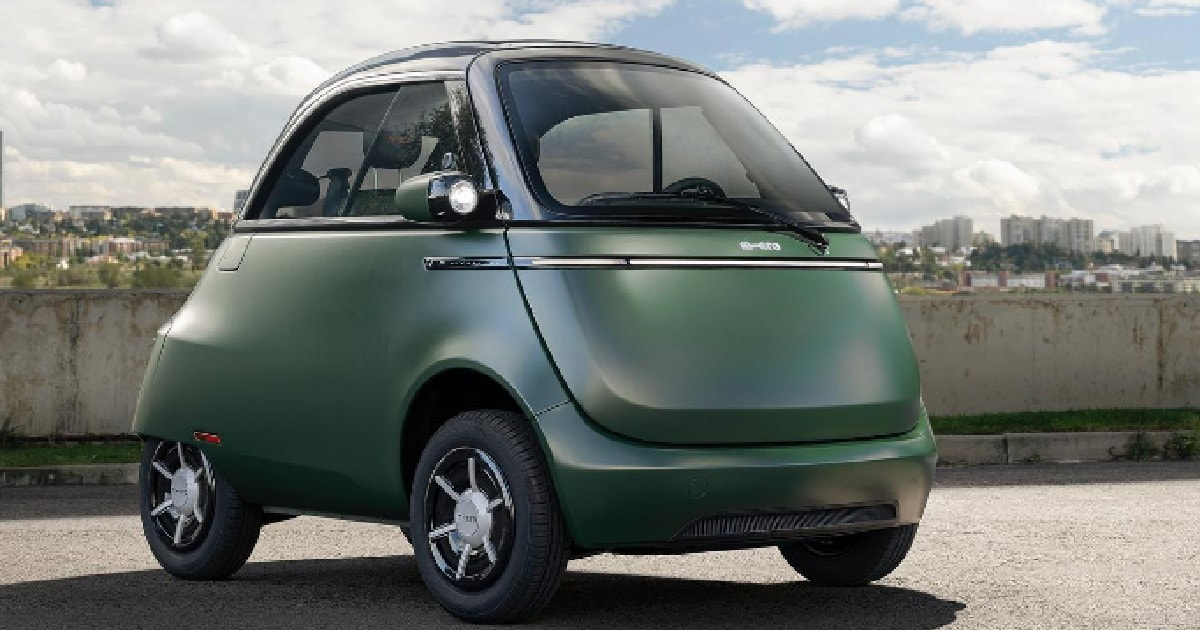 Microlina is one such electric car, which may bring back the micro car era in the coming times. A startup run by two brothers has given an electric twist to a 1950s BMW micro vehicle. Oliver and Marilyn Obotar have launched a new edition of the micro car, which is based on BMW’s Isetta bubble car. Even though the powertrain has been completely changed, the biggest change in the exterior look is the replacement of the three-wheeled base model with a four-wheeled one.

In the new Microlino electric micro car, the startup has replaced the petrol engine of the BMW Istetta Bubble with a 12.5 kW electric engine powertrain, which claims to propel the car to 90 Kmph. top speed able to deliver. Furthermore, it is claimed to deliver a range of around 230 km on a single charge.

of company according The Microlino weighs only 496 kg and is 2.5 meters long. definitely with this size Electric Car Makes it easier to park in smaller spaces.

TOI’s according”The idea was to create an alternative to traditional cars. Much better than the Microlina bicycle,” Oliver Auboter, chief operating officer of Microlina AG, told news agency Reuters. Does  it’s weather-protected, you’ve got room for cargo, you can seat two people comfortably next to each other.”

His brother Merlin said, “Because it is smaller than a conventional car, it consumes less material to build, and it has a smaller battery, which means it uses less electricity.”

Reports suggest that over 35,000 reservations have been received for the Microlino. this micro Electric Car It is being made in Italy and costs over 15,000 Swiss francs (around Rs 13.45 lakh).