This scooter will prove to be a great deal for you, strong range with car features 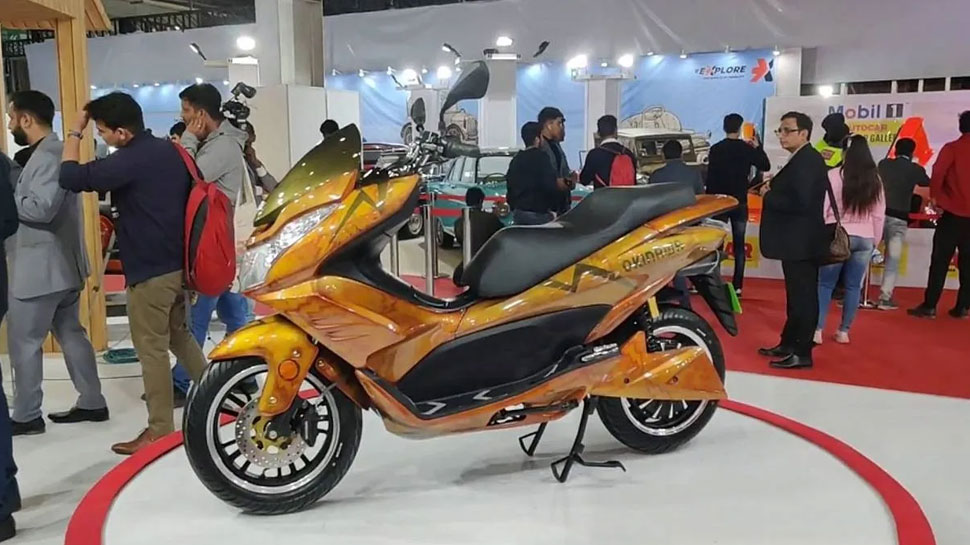 Okinawa Autotech is going to launch a new electric scooter Okhi90 very soon in India, the teaser of which has been released by the company. The triple-split LED taillamps of the scooter have been seen in this teaser. This scooter will give a range of up to 150 KM in a single charge.

New Delhi : Okinawa is a well-loved electric vehicle manufacturer in India, whose scooters have been providing affordable and long-range options to the customers. Now the company is about to launch a new electric scooter named Okhi 90 in the market, which will be introduced in India on 24 March 2022. The upcoming Okinawa 90 is a new high-speed electric scooter that will now offer customers a choice of both low-speed and high-speed scooters in Okinawa’s portfolio. The test model of this scooter has been seen many times during testing which is quite attractive in appearance.

Okinawa can offer this electric scooter with a wide front coil and LED indicators, LED headlamps and LED daytime running lights. The scooter will come with chrome garnished rear view mirrors, chunky grab rail with raised rear seat, alloy wheels and LED taillights. The company has designed the Ockhi 90 electric scooter to give a motorcycle feel. Apart from this, LED instrument cluster will also be given which gives many other information like speed, range and battery charge to the rider.

Connected technology can be found

It is being speculated that the new e-scooter will come with e-SIM so that the connected features can be used in the smartphone application. Through this, many features like turn-by-turn navigation, vehicle alert, geo fencing, e-call, diagnostics and ride behavior analysis will be added to the scooter. The company has not yet given any information on the capacity of the scooter, but it may get a lithium-ion battery pack. Its top speed can be 80 km/h and it is being estimated to run up to 150 km on a single charge.

Download Link
Price will be less than the competition

The Okinawa Ockhi 90 will compete with the Ola S1 Pro, Simple One, Bajaj Chetak and TVS iQube in the Indian market as well as many other electric scooters like the Ather 450X. The company has not yet disclosed the specifications of this scooter, although it is being speculated that the price of Ockhi 90 will be very attractive according to the competition.