This Royal Enfield bike has changed the game, because of these 4 reasons everyone is coming 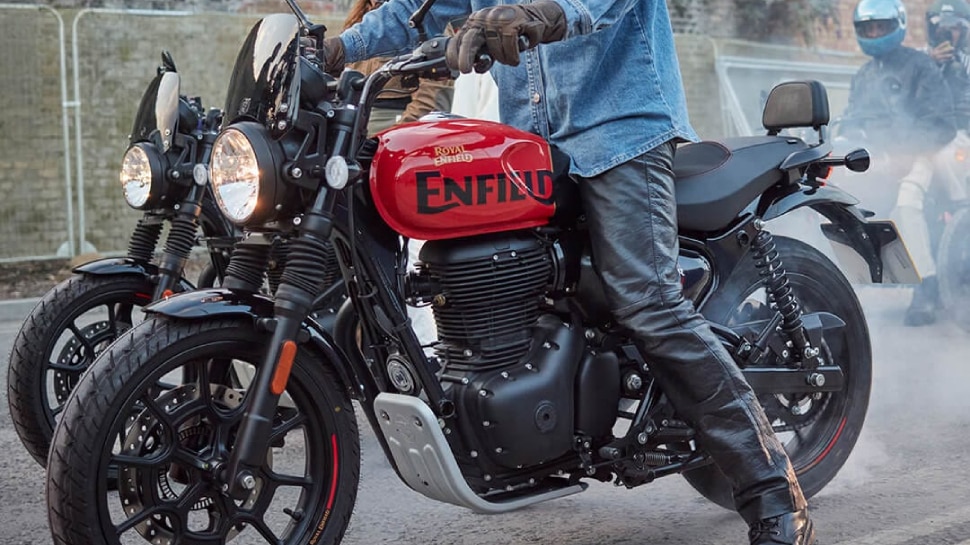 1. Economical Price
It is the second most affordable of the company in terms of price. Its price starts from Rs. 1.50 lakh (ex-showroom) and the price of the top variant goes up to Rs. 1.69 lakh. For comparison, let us tell you that the Royal Enfield Classic 350 is about 40 thousand rupees more expensive than this bike.

2. Unique Design
Hunter 350 is a retro-roadster looking bike. The look of this bike makes it different from other Royal Enfield motorcycles. It gets circular shaped headlight, taillight and turn indicators. It gets a single piece seat with 17-inch alloy wheels. This Metro variant is available in colors like Rebel Black, Rebel Red, Rebel Blue, Dapper Ash, Dapper White and Dapper Grey.

3. Lightest RE bike
Many people have a problem with the weight of Royal Enfield bikes. That’s why the company has introduced Hunter 350 as the lightest Royal Enfield. The Hunter 350 weighs just 181 kg, which is a whole 14 kg less than the Classic 350.

4. Feature loaded
bike is also not far behind in terms of features. It has a digital instrument cluster, in which you can see fuel meter, speed meter, and trip meter. Along with this, you have also been given the facility of turn-by-turn navigation.