This new Electric SUV from Kia looks like Range Rover, will be presented at Auto Expo 2023 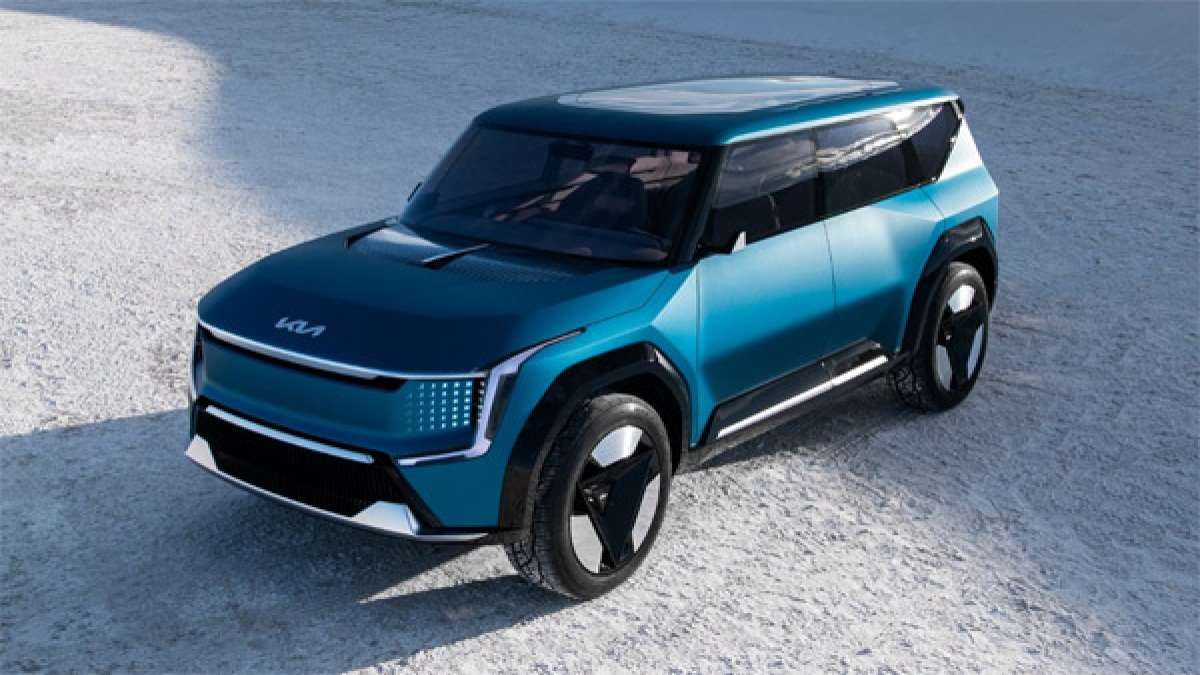 The Kia EV9 measures 4,929mm in length, 2,055mm in width and 1,790mm in height, which makes it almost as big as a Range Rover. It has a wheelbase of 3,100 mm. The company is using the Global Modular Platform (e-GMP) in this. This is the same platform that is also being used in the Kia EV6.

As far as the design is concerned, the EV9 will be presented in a concept design only. The front will feature a blacked-out panel with the signature ‘tiger nose’ grille, which will house individual LED light modules and a Z-shaped headlamp cluster. Its design includes sharp lines and a large rear windscreen following the C-pillar. This SUV is completely boxy design. The muscular bumper at the rear adds to its looks.

On the inside, the EV9 concept gets a twin-screen infotainment layout, spoke-less flat-bottom steering wheel and a flat dashboard. All controls in the dashboard are touch operated. Apart from this, there is also the facility of ambient lighting in all. The SUV will offer a three-row seat layout. The rear seats can be folded down to create more boot space.

The EV9 concept could be offered with a 77.4kWh battery pack, which is the larger of the two available with the smaller EV6. While the official range and output figures are yet to be revealed, more details are expected only after the production-spec model is unveiled.

Kia’s e-GMP platform also offers 800V electrical architecture, which is capable of fast charging at rates up to 350kW. It takes about 20 minutes to fast charge the battery from 10 percent to 80 percent. The EV9 is expected to be launched with a dual-motor, four-wheel-drive range-topper, as well as an entry-level variant equipped with a single motor powering the rear axle.