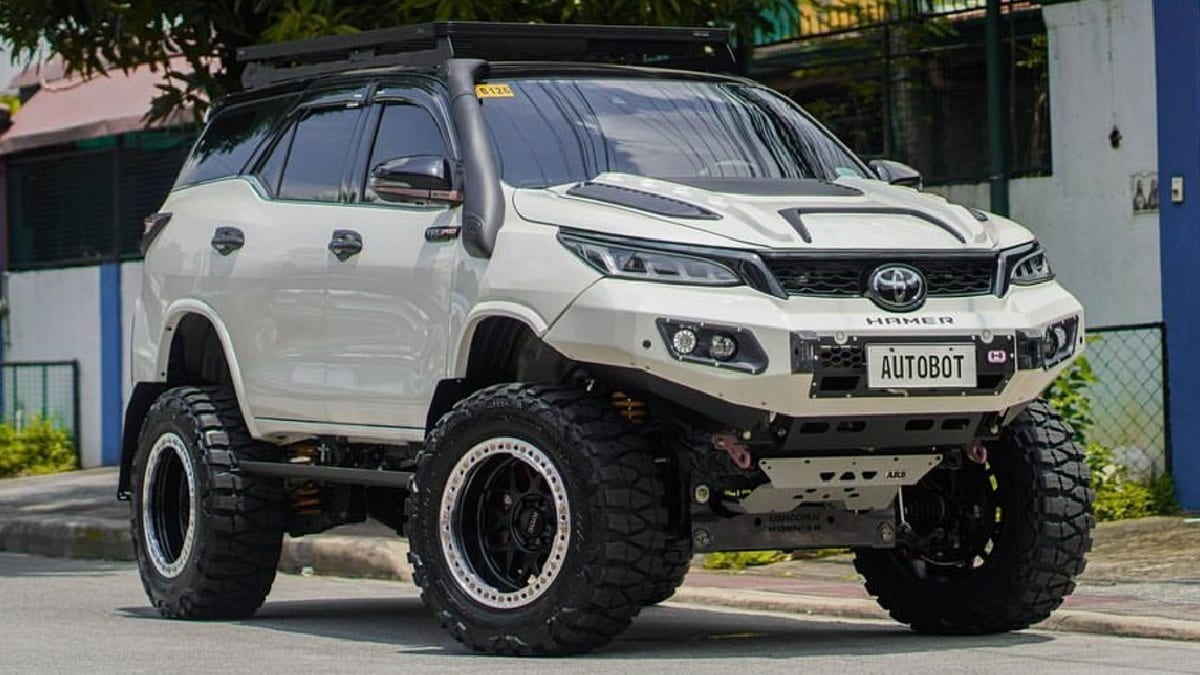 Autobot Offroad has shared a glimpse of the modified Toyota Fortuner in a post on its Instagram. Undoubtedly, this car is one of the most loved SUVs in our country as well. However, it seems that a Fortuner owner in the Philippines was not happy with its design as he has made the car completely different.

Autobot Offroad PH, based in Quezon City, Philippines, has given this car a tremendous look at the behest of this customer. The project is named “Project ALBINO”. This Toyota There is the GR-S (2022), which is the top variant of the SUV in the country.

in this post Toyota car Information about all the parts used is also given. These include a rugged front bumper and Hamer’s automatic side step-board, a TJM snorkel, a front runner form rack, a TRD carbon exhaust pipe, and mud flaps. On the inside, the Recaro Cross Sportster front seats have been fitted with red and black upholstery.

The suspension is fitted with Profender’s long-travel shocks. The upper control arm of the Old Man Emu and an adjustable Hardrace Panhard rod are used at the rear. In this, its huge wheels are visible at first glance. The modifier has fitted 35-inch Nitto Mud Extreme off-road rubber around the 20-inch KMC Grenade Crwal alloy. Apart from this, a 6-inch suspension lift from Unicorn has also been added to it.

The modifier has not revealed any information on whether the powertrain of the car has been changed or not. Let us know that the Fortuner comes with a 2.8-litre, four-cylinder diesel engine, which is capable of generating 201 hp of maximum power and 500 Nm of peak torque.