This little contestant of Big Boss 16 has a car worth 6.5 crores, is fond of luxury cars 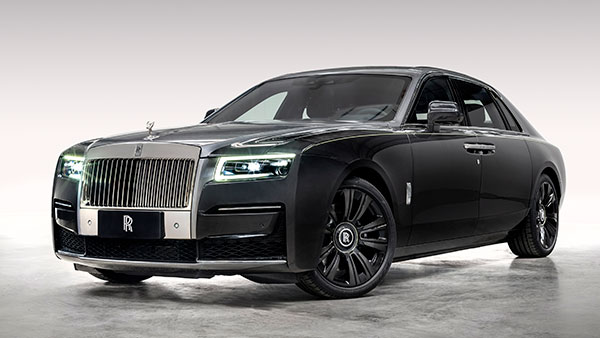 Abdu Rozik was born on September 23, 2003 in Tajikistan, and is 19 years old. He is a singer, musician, blogger and boxer by profession. He also holds the record for being the youngest singer in the world. Abdu had a very difficult childhood and due to lack of money, he started singing at a very young age to support his parents financially. Being short in stature, he was body-shamed in school, due to which he could not complete his studies.

Seeing his singing talent, some other singers from his own city helped him. After which in 2019, he started his career as a singer. Thereafter, success kissed his feet and he lent his voice to many hit Tajikistan songs.

Abdu is a famous singer in Tajikistan but he came into the limelight when a video of him saying burger started going viral on social media. After this he became a social media sensation and started sharing the video of the song with his followers. In the year 2021, Abdu attended an award ceremony in Abu Dhabi, where he met Bollywood actor Salman Khan.

Abdu sang the Bollywood song ‘Ek Ladki Ko Dekha Toh Aisa Laga’ in his melodious voice and dedicated the song to Salman Khan. Impressed by her gesture, Salman hugged her and the video went viral on social media. Apart from Salman, Abdu’s Instagram handle is filled with pictures of many popular celebrities.

Are fond of luxury vehicles

Abdu, who makes everyone crazy with his melodious voice, is fond of luxury vehicles. He often shares posts with his luxury vehicles on his Instagram handle. Let us know which luxury cars these cute contestants of Bigg Boss 16 own.

The most expensive car in the list of luxury vehicles of Abdu is the Rolls Royce Ghost. To make this car special, he has got his name written on its number plate. The Rolls-Royce Ghost comes with a 6.75-litre, twin-turbocharged, V12 petrol engine. This engine produces 570 bhp power and 850 Nm of torque.

The car is based on 4-wheel drive and steering is provided on all the wheels of the car. The Rolls-Royce Ghost has been the most successful car in the company’s 116-year history. Rolls Royce Ghost price in India is Rs 6.95 Cr (Ex-showroom). The names of Mukesh Ambani and Amitabh Bachchan are included in the owners of this car in India.

Another luxury car in Abdu’s car collection is the Mercedes-Benz C-Class. This is his newest car and he also shares his pictures with it on Instagram. Talking about the 2022 Mercedes-Benz C-Class, it is being sold in 1.5-litre, 4-cylinder, turbo-petrol engine and 2.0-litre, 4-cylinder diesel engine models. The car is also offered with a mild-hybrid system. For transmission, it has been given a 9-speed automatic gearbox.