This light looking bike is a small packet big bang, it runs like a ghost is lying behind 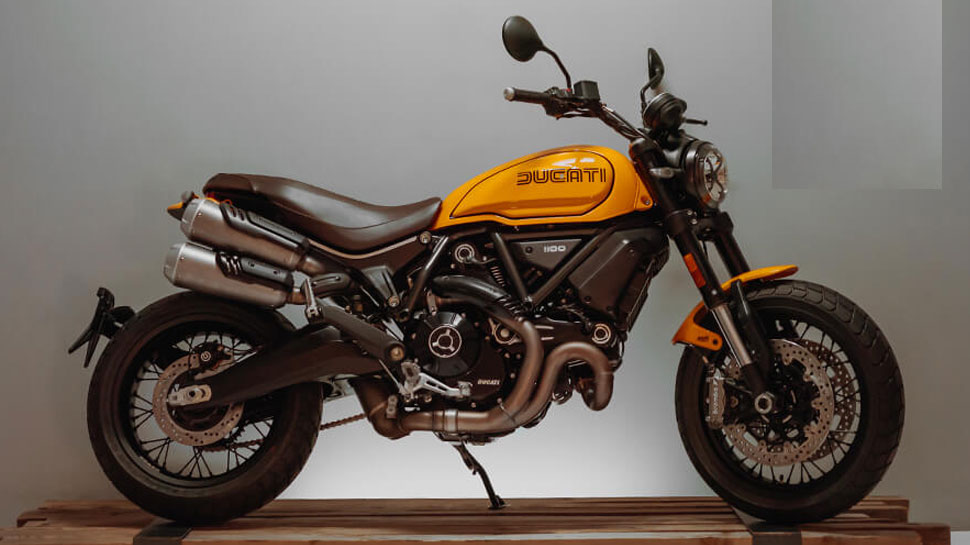 Ducati has launched the Scrambler Tribute 1100 Pro motorcycle in the Indian market. To celebrate 50 years of the air-cooled twin-cylinder engine, the new Ducati Scrambler 1100 Tbit Pro has been launched. The price of the bike is Rs 12.89 lakh.

New Delhi : Ducati India has launched the Scrambler Tribute 1100 Pro in our market, whose ex-showroom price has been fixed at Rs 12.89 lakh. The thing that stands out from this motorcycle is the Giallo okra livery and brown seat combined with its black frame. The new Ducati Scrambler 1100 Tbit Pro has been launched to celebrate 50 years of the air-cooled twin-cylinder engine, which was first introduced in 1971 with the Ducati 750 GT.

Technically, there has been no change in this motorcycle and it is a part of the company’s popular Scrambler 1100 Pro family. The 1079 cc L-twin desmodromic distribution and air-cooling engine has been given with this motorcycle. This powerful engine in the bike makes 86 horsepower at 7500 rpm and 9.2 kgm of peak torque at 4750 rpm. The company has equipped this motorcycle with a 6-speed transmission.

This small size scrambler is very loud in appearance and in its front part is given a black frame and X with glass lens DRL. The company has equipped the rear of the motorcycle with LED diffusion technology with lights. Other features of the bike include dual LCD instrumentation, Bosch cornering ABS, traction control, 3 riding modes – Active, Journey and City, besides smartphone charging under the seat of the bike. This is a very popular bike for off-roading in the world, whose engine is very strong.