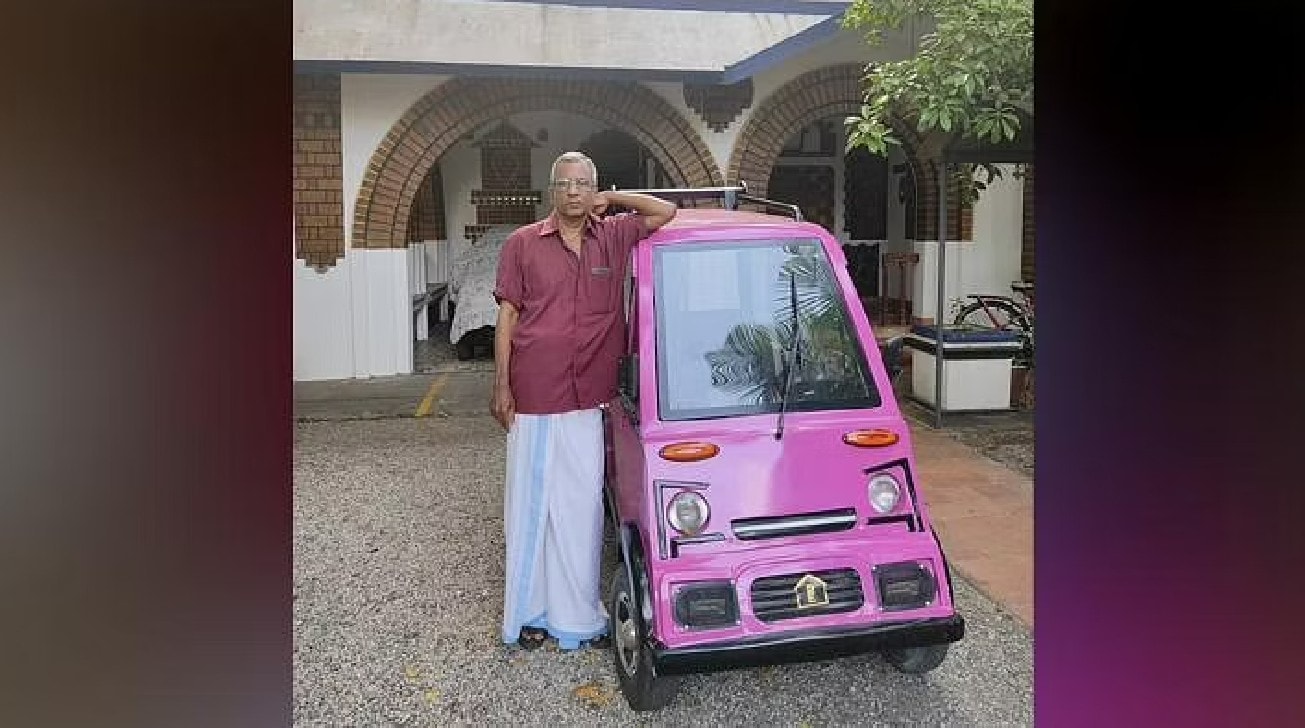 Rising petrol prices have forced car and two-wheeler users to think seriously about electric vehicles. For this reason, the electric two wheeler segment has seen a growth of 480 percent in the last one year. People are now thinking about electric vehicles, but there is a person who has been driving electric scooter for the last 16 years and now he has also designed an electric car for himself. Antony John, 67, a resident of Kerala, has been saving himself from the cost of petrol and diesel by using an electric vehicle for the past several years. He is a career consultant by profession and a supporter of eco-friendly products.

of newindianexpress Report According to him, recently he has designed an electric car. He says, ‘I am getting old. That’s why I wanted a vehicle that could protect me from the sun and rain.

However, preparing the car was not an easy task. It took several days for Antony John to research it. When the design was finalized, Antony shared his idea with Viswanathan Mesthiri, a worker at an automobile body building workshop located near the house. He agreed to make the body of the car. The body of the car is made of rust-free Japan sheet. Its steering system has been borrowed from Tata Nano. The parts of the car came from Delhi and it took a year for the car to be completely ready.

It impresses when you see the car for the first time. Most importantly, it is electric. Its design is neither very advanced nor very common. It looks unique in itself. With the help of only one accelerator and one brake, this car runs on the roads. The tires of Bajaj Autorickshaw have been installed in this car. According to the report, its battery can run the car up to 60 kilometers on full charge. Antony says that the weight of the car is 150 kg. He had earlier put a 20 AH battery in it. Mileage is only 12 kms. Considering the weight and daily requirement, he installed a 52 AH Lithium Ferro Phosphate battery in the car. He says it is more secure. Doesn’t even catch fire.

So let’s talk about the price, because in the case of electric cars, people pull back here. But Antony John’s car is economical. Four lakh rupees were spent on its preparation. Antony claims that its maintenance is negligible. The car uses only one unit of current, which costs Rs 5. Antony’s 33-inch-wide electric car can also pass through those roads, which even rickshaws hesitate to pass. It also does not require much space for parking.

Apart from the battery, the car has a motor and controller. When started, its controller draws power from the battery and transmits it to the motor. After which Antony runs at a speed of 25 kilometers per hour in his car. The good thing is that Antony’s car can legally run on the roads. They have got its approval.

Actually there is a logic behind this too. According to the Central Vehicle Motor Rule 2005, an electric vehicle with a maximum speed of 25 kmph is considered a cycle. There is no hassle of registering and paying taxes. Antony’s car is fitted with a digital meter, which tells the speed and battery level. This gives them convenience during the journey.

Brother, now there is a car, so there will be some name also. This compact vehicle has been named ‘Pulkudu’, which is also the name of Antony’s house. The car also gets headlights, fog lights, indicators and front and back wipers. Antony is now working on a vehicle which is more economical for the common man.