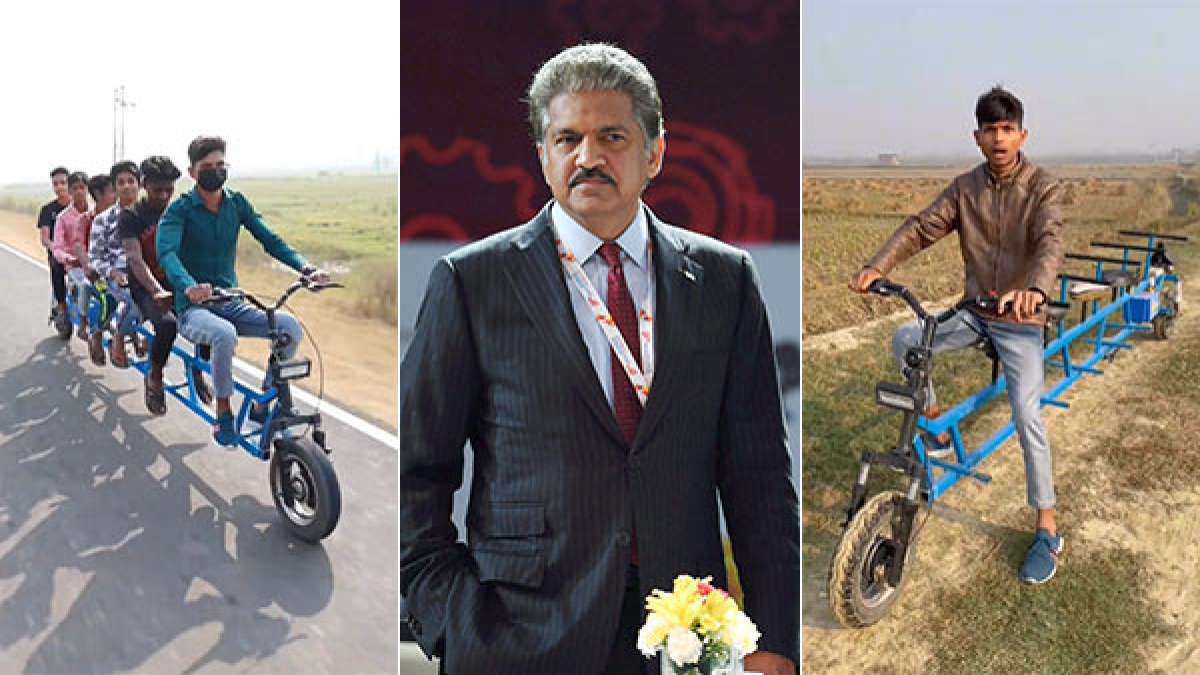 The video is related to an electric bike in which 6 people can sit. Actually, a boy has prepared such an electric bike with jugaad, in which 6 seats have been given one after the other like the back. It has a driver seat while there are 5 passenger seats.

The manufacturer claimed that it can run for 150 km on a single charge and its running cost is only Rs 8-10 per kilometer. At the same time, the cost of making this bike is only 10-12 thousand rupees.

Anand Mahindra has tagged Mahindra & Mahindra’s Chief Design Officer Pratap Bose in this video and wrote that can it be used as a tour ‘bus’ in crowded European tourist centers? I have always been fascinated by rural transport innovations, necessity is the mother of invention.

A Twitter user said that it is a great option for places like zoo, park, corp complex. But it will not be suitable for general traffic.

Another user posted a tractor that is being used both for pumping groundwater for agriculture and for transporting people/goods. He has dubbed it the ‘original great Indian “Jugaad” vehicle. He said that there has been the rise of ‘Jugaad Technique’, which is a grassroots Indian design thinking.

Please tell that this bike has been made from iron pipe. In this, the frame of an electric bicycle has been made from a pipe about 8 to 10 feet long. Its frame has a strand of legs at the bottom. At the same time, there is a handle to keep the hand with the seat of the passenger. Horn is also given with LED light in the front.

At the same time, there are telescopic forks at both the front and rear. So that the passenger does not face any problem on the potholed road. The battery of the electric bike has been fitted at the rear. The charging unit has also been placed at the back.