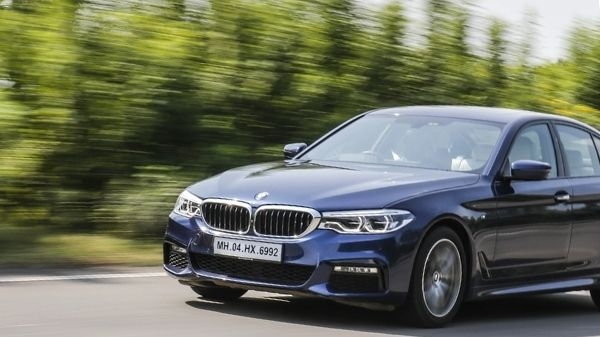 Kissflow Gift 1 Crores BMW Car: Rewarding old and trustworthy employees for their loyalty and hard work at the companies they work for is a trend that has seen a lot of popularity in recent times. A new name Kissflow has been added to the list after the employees of Hari Krishna Exports owned by renowned businessman Savji Dholakia and BhartPe rewarded their employees with luxury cars and sports bikes. So let’s know about this news in details.

Kissflow, a Chennai-based workflow software firm, recently gifted around Rs 1 crore BMW Cars to five of its employees as a reward for their long association with the company.

The handing over of BMW cars to five Kissflow employees took place during the tenth anniversary celebrations of the company’s flagship ‘no-code’ work management product. All the five employees were gifted a BMW 530D Sedan, which is worth around Rs 80 lakh.

The Blue and Black color units of the BMW car sedan were handed over to the employees by the company’s founder Suresh Sambandam.

The award ceremony was held on the lawns of the World Trade Center in Chennai, where the company’s founder delivered cars to five senior executives of the company. The announcement of gifting senior executives with cars during the employees’ lunch with the founder took everyone by surprise, as there are very few companies that give such expensive gifts to their employees and gifting a BMW car is a big deal. thing is.

About the Kissflow Company

If we talk about Kissflow Company, then it is a computer software company which was established in the year 2012 and its headquarter is in Chennai, Tamil Nadu. While the name of the founder is Suresh Sambandham. According to LinkedIn, the size of the Kisflow company ranges from 200 to 250 employees.