This is the 1998 iPhone you didn’t know existed 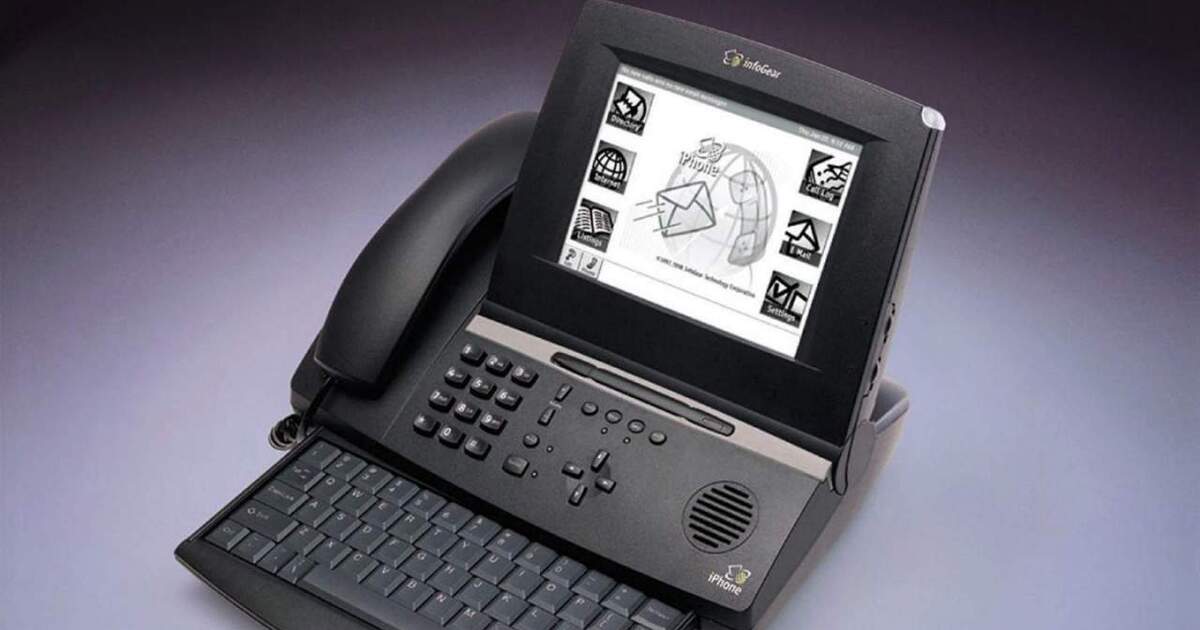 In 2007, Steve Jobs introduced the first iPhone, which revolutionized the industry. However, this was not the first phone with this name.

We are talking about the forgotten InfoGear iPhone, which was created at the National Semiconductor Laboratory before 1998. This device was supposed to work both as a phone and as a web browser. The development of the device was carried out within the framework of the Mercury project. The name iPhone was chosen for it at an early stage of development. The creators started from the very concept of the device – internet phone or information phone.

The authors of the project wanted the InfoGear iPhone to be as easy to use as an ATM. The original phone received a 7-inch black and white touchscreen and keyboard. The device cost $ 499 + $ 20 internet fees.

Thanks to a number of characteristics, the iPhone InfoGear has become the spiritual father of modern smartphones. In March 2000, Cisco acquired InfoGear. And after the announcement of the iPhone from Apple, she even filed a lawsuit against the Cupertinians. The claim, however, was settled.