This is an electric Moskvich 3e. The new crossover was first presented to the head of the Ministry of Industry and Trade of the Russian Federation and the president of Tatarstan 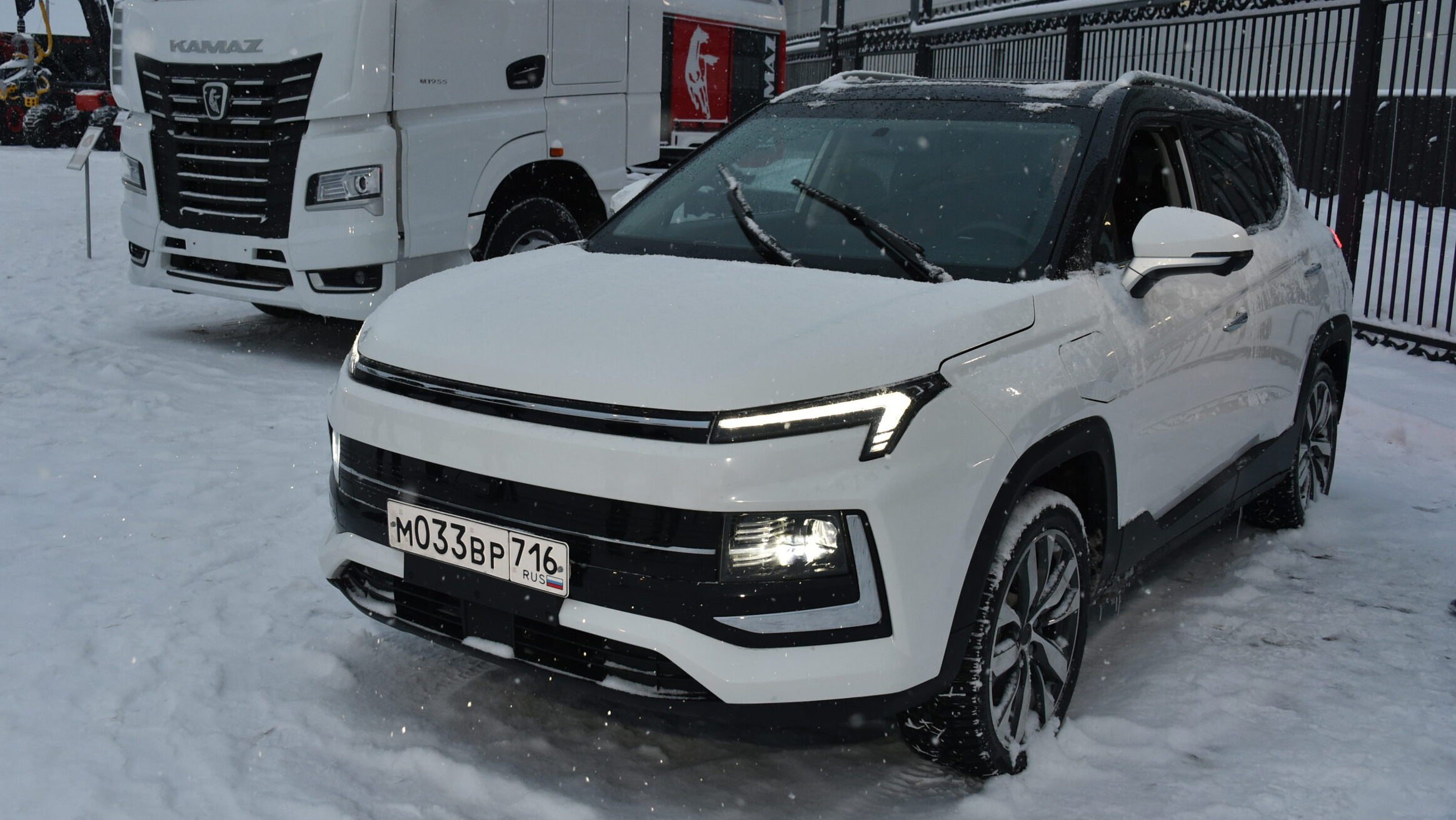 Deputy Prime Minister and Head of the Ministry of Industry and Trade of the Russian Federation Denis Manturov and President of Tatarstan Rustam Minnikhanov were presented with the Moskvich 3e electric crossover, which has not yet been put into production. The car was also shown for the first time in the photo.

“Moskvich 3e” is a clone of the Chinese JAC Sehol E40X, while outwardly it looks like gasoline “Moskvich 3” based on JAC JS4. Probably, the JAC Sehol E40X electric car imported from China was used for the presentation, from which all emblems and nameplates were removed, and the new Moskvich logos have not yet been hung up. At the same time, he already has an individual registration plate (number).

The electric Moskvich 3e will be put into production in the very near future, before the end of this year. It is 360 kg heavier than gasoline (1800 kg curb weight versus 1440 kg), and instead of an internal combustion engine, it has a 68-horsepower SY Power TZ200XSIEM1 electric motor on the front axle and a Sinoev 21011S4C4 traction battery with a capacity of 187 Ah with a cruising range of 410 km.

By the end of the year, 600 crossovers will roll off the Moskvich assembly line, while 200 vehicles will receive an electric power plant. While the cars will be assembled using the SKD method.