This is a “Chinese Gelendvagen” with an “amphibian” mode. The first images of the new SUV from BYD appeared 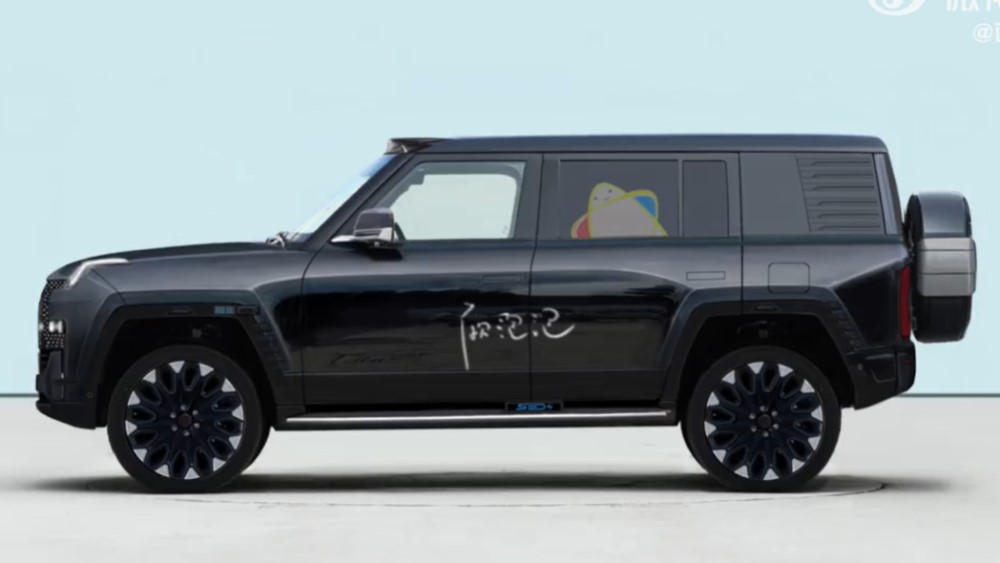 This article presents renderings of a new off-road SUV from BYD, which should compete with the Mercedes-Benz G-Class. It has already been dubbed the “Chinese Gelendvagen”. Renders were created based on patent images.

It is reported that the electric SUV is built on a new original platform, which will not be connected in any way with the BYD e-platform 3.0 architecture that underlies almost all of the company’s current models.

BYD recently shared the name of a new premium brand, Yangwang, which can be translated as “Look Up.” It follows from the patents that an SUV that can be released under this brand will receive 4 electric motors and an amphibious mode. The latter will allow him to swim across small bodies of water.

The car will receive an unusual large grille pattern that pays homage to Chinese culture. The optics of the SUV are integrated into the grille. In its upper part there are daytime running lights, and in the lower part there is a high beam unit, turn signals and fog lights. Sensors for the self-driving system are installed on the roof of the car.

The car will receive trapezoidal wheel arches, retractable sills and door handles. The arches are also equipped with a radar and a camera. In the rear, there are lanterns, horizontal reflectors and a spare wheel on the fifth door.

Chinese media have previously reported that the model will become the most expensive production car in Chinese history, surpassing the cost of even the “party” Hongqi sedans and crossovers. According to rumors, prices for the novelty will range from 110 to 200 thousand dollars.