This great feature found in the top variant of Tata Safari, now travel will be more comfortable 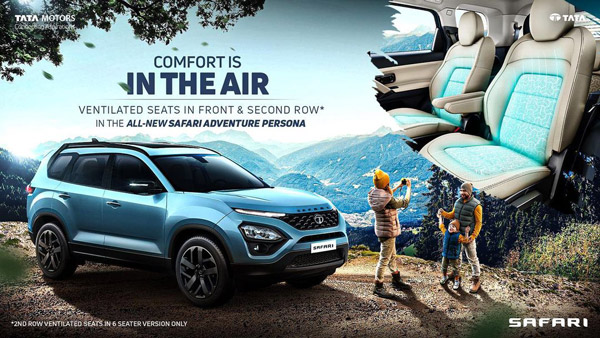 How is Dark Edition?

Safari was introduced last year and its sales have crossed 16,000. The SUV crossed the 10,000 mark in 6 months, before the Gold Edition of Safari has been introduced which has received good response from the customers. This SUV has been built on the company’s OMEGARC architecture, as well as on the Land Rover D8 platform.

The company has brought it in the option of both 6 and 7 seater. Talking about the engine of the Tata Safari, it is powered by a 2.0-litre turbocharged diesel engine that produces 170 Bhp of power and 350 Nm of peak torque. Gearbox options include a 6-speed manual transmission and a 6-speed torque converter autobox.

Over delivery is done through the front wheels and there is no option of an all-wheel drive system. The Dark Edition will not be the first special edition for the Tata Safari. The company has earlier brought many models including Altroz, Nexon EV in dark avatar and now this popular SUV has been brought in dark edition.

Tata Safari directly competes with cars like Mahindra XUV700, MG Hector Plus and Hyundai Alcazar. Currently, none of its competitors is available with such special editions, so Safari will definitely get its benefit, now it has to be seen how much the company can sell it.

This feature was not given in the regular variant of Tata Safari but now it has been updated. In a country like India, it is very important to have a cooling feature on the seat, it will be more comfortable now than before to travel long distances.