This electric car brand of Hyundai is making big preparations, will launch 7 new electric cars by 2030 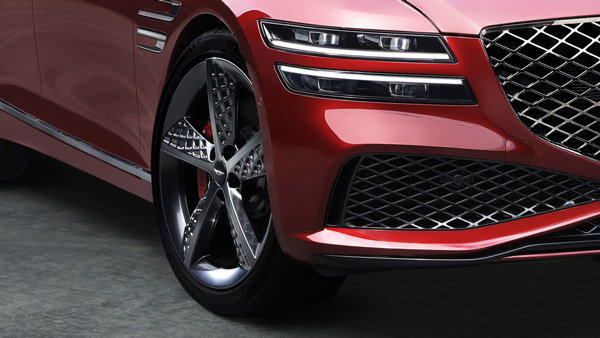 The company had earlier said that it would launch its last internal combustion (IC) engine car in 2025. At the same time, this year the company also plans to launch its first electric electric car. By 2030, the company will launch 17 new models, out of which 7 will be fully luxury electric cars. These cars will be built on a ‘common platform’ which will be used in all upcoming cars.

Genesis’ parent company Hyundai Motors is developing its Ioniq electric cars on the ‘Common Modular Platform’, which is used in electric cars like the Ioniq 5 and Ioniq 6. Genesis will also develop a similar new platform that will be common across all the company’s cars.

Of the upcoming 17 cars, 11 will be Hyundai badged electric cars and 6 will be cars developed under the Genesis brand. The Hyundai Ioniq 6 will be made available for sale in the global market later this year, while the launch of the Ioniq 7 is slated for 2024. Let us tell you that Hyundai and Genesis have no plans to launch their electric cars in India.

Currently, Genesis is selling five models in the global market. The luxury cars from Genesis include the G70, G80, G90 with saloons, the GV70 and the GV80 SUV. The GV70 is the company’s newest model, which has been brought as a lower variant of the GV80 SUV. The Genesis GV70 SUV competes with the Audi Q5, BMW X3 and Mercedes-Benz GLC in the international market.

Hyundai is also continuously launching its new cars in the global markets. Recently, the company has revealed its new micro SUV Casper in South Korea. Preparations are underway to launch the micro SUV Casper in the Korean market by the end of 2022. Ahead of the announcement of the price of Hyundai Casper, pre-bookings have already started.

The Hyundai Casper is based on the K1 platform, which was used for the Hyundai i10. The Casper is smaller than the Kona and Venue SUVs. The length of this car is 3,600 mm, due to which it is at par with cars like Suzuki Ignis and Renault Kwid in its segment.