This concept electric car of Mini looks like a vehicle from the future, see photo 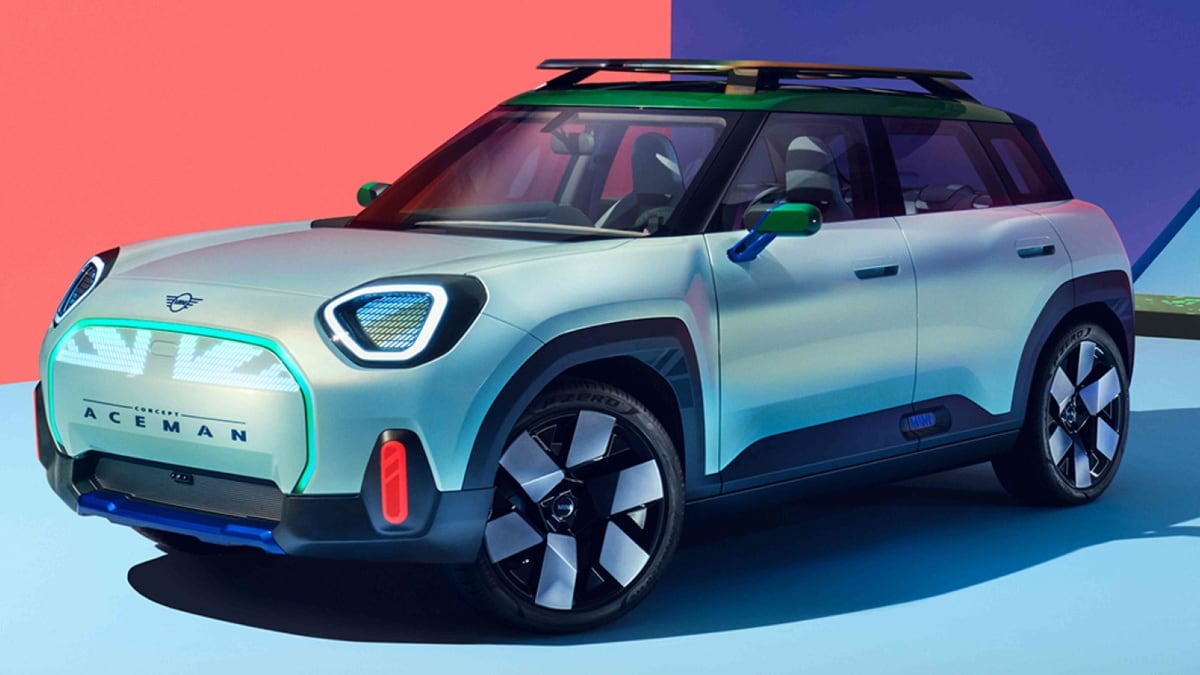 Car maker Mini has shown a preview of the new design of its future generation model under the name ‘Concept Aceman’. The concept looks quite futuristic, as if the car was pulled straight out of a sci-fi movie or a game. The company claims that this is the first all-electric crossover model in the Mini family. It is quite different from the boxy design of Mini with classic round headlights, but still, it will remind you of Mini Cooper at first glance.

Mini has called this new design style introduced in the Concept Aceman as Charismatic Simplicity, which has many new styling elements. The company claims that chrome and leather have been used in the concept Aceman. In addition, it includes new digital features to enhance the driving and entertainment experience of the user.

Commenting on the occasion, Stephanie Worst, Head of the MINI brand, said, “The MINI concept provides an early glimpse into the future of the Aceman model family, an entirely new vehicle to fill the gap between the MINI Cooper and MINI Countryman.” It further added that “This concept car demonstrates how MINI is positioning itself for an all-electric future and how it stands for its all-electric future and brand: an electrified go-kart experience, an immersive digital experience and minimal environmental footprint.

Mini says that the user experience of Light, Movement, Interaction and Sound has been blended together to define the style with minimal exterior and interior design. Its surface is made of recycled textile knitted with fresh color contrast and it is paired with an OLED display with seamless digital controls.

The next-gen all-electric model also gets an independent sound design, which will deliver unique and great drive sound, while also serving as the background for the new Experience Mode. Its length is 4050 mm and width is 1990 mm. Its height is 1590 mm. The concept gets IC Sunglow Green paint finishing. Apart from this, the roof has been painted with British Racing Green color.