This company secretly launched this fierce bike, but kept the price high! 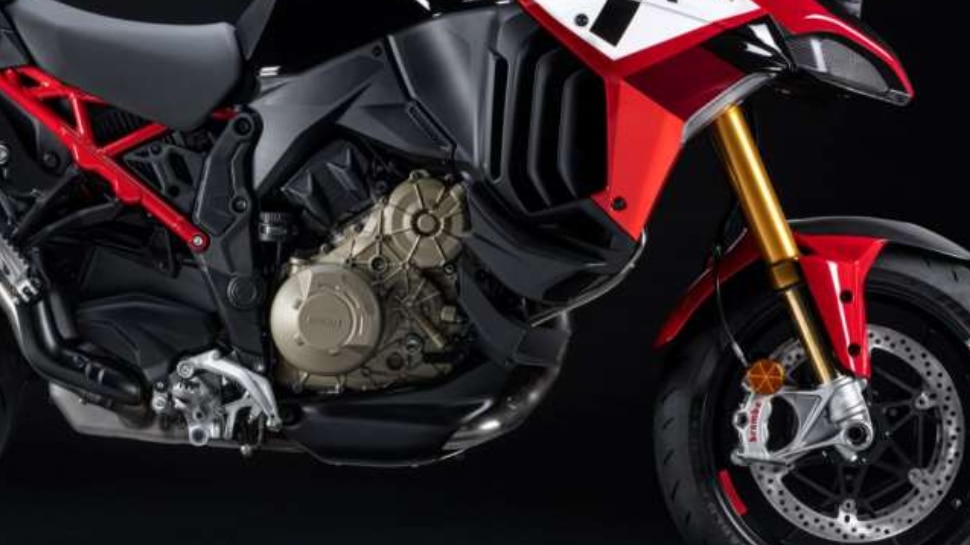 Ducati: Ducati has launched the Ducati Multistrada V4 Pikes Peak Edition in India with an ex-showroom price of Rs 31.48 lakh.

Its weight has also been reduced. It has been given new forged aluminum Marchesini wheels and single sided swingarm, which has helped in reducing the weight. Apart from these, the position of the footpegs has also been changed for leaner angles on the Multistrada V4 Pikes Peak Edition as compared to the regular model. Now the footpegs are already raised. Along with this, a slightly lower and narrow handlebar has been given. A small screen has also been given in the bike.

The Ducati Multistrada V4 Pikes Peak Edition gets an electronic Ohlins suspension setup, which can automatically adjust according to the riding style of the rider. Think of it as if you go at high speed, it will stiffen by itself or if you are on a road that requires soft suspension, it softens on its own. It gets 170 mm wheel travel.