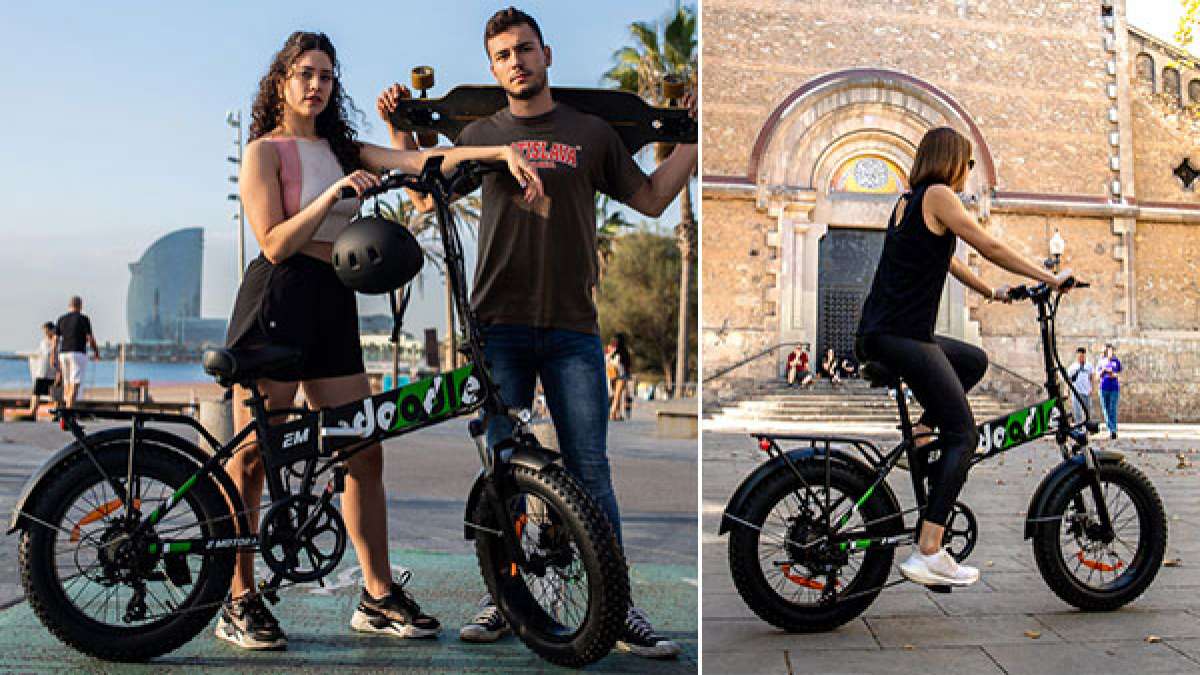 The most important feature of this e-cycle is that it can be folded and due to this it is easy to carry anywhere. After folding it becomes so compact that it can even be kept in the boot of a car. Due to its folding capacity, it can be easily carried by car for camping in remote areas.

The Doodle V2 Foldable Electric Bicycle is an upgraded version of the Doodle e-Bike with improved design and advanced technology. The e-bicycle gets a high-capacity lithium-ion battery, multi-function LCD display with air, front light, rear light, integrated horn and an LCD cover to protect against water.

To improve braking, disc brakes have been given on both its wheels which come with auto cutoff function. In this, Shimano has also been given a seven-speed gear shifter. This e-cycle comes with 36V 250W rear hub motor. It has a 36-volt removable battery pack that can be charged even after removing it from the cycle.

The bicycle gets aluminum alloy wheels and nylon tires with better grip. It also gets a pedal assist feature which helps in saving the battery. The thick tires given in the cycle give it good road grip and also make it attractive.

E-Motorad CEO Kunal Gupta said that they want to make cycling comfortable for people and Doodle E-Cycle is their first attempt towards the same.

The Doodle V2 foldable bicycle can be folded from the middle of the frame. When folded, the front wheel retracts and the bicycle becomes extremely compact. A carrier has also been provided in this cycle in which light luggage can be kept. The company claims that this cycle remains controlled even in high speed.