This Chinese company will launch electric SUV in India, problems for Tata Motors and MG will increase 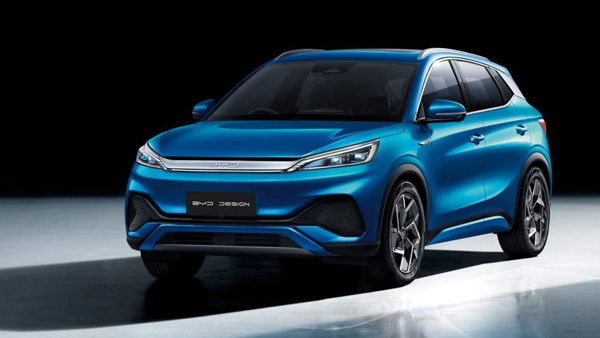 New SUV to be launched in festivals

It has also been learned that the company is planning to expand its operations in the Indian market. As per the Economic Times report, BYD has started its plan to make its presence felt in the Indian mainstream EV market with a new launch in the upcoming festive season.

BYD plans to launch its Atto3 electric SUV in the country which will be assembled at Sriperumbudur near Chennai in India. The company has also revealed its plans to sell around 10,000 assembled electric vehicles in India over the next two years.

BYD is also poised to explore the opportunity to set up a local manufacturing facility in the country to enter the market more aggressively in the future.

To be included in Auto Expo

According to Sanjay Gopalakrishnan, Senior Vice President, Electric Passenger Vehicle Business, BYD India, the company will enter the mainstream Indian electric vehicle market with the Atto3 SUV to be launched in the next few months. The company has earlier introduced its E6 MPV in India, which is currently limited to fleet customers.

Recently, the company has set the record for the maximum distance covered by the E6 MPV. The 2,023 km journey from Mumbai to Delhi was completed in six days by the BYD E6. The BYD e6 is the company’s first premium electric MPV in India to be equipped with Blade Battery technology. This battery technology was introduced globally in the year 2020 which promises more range, more safety and longer life.

The BYD e6 has been made available in India at a price of Rs 29.15 lakh (ex-showroom). Chinese auto company BYD has been doing business in India since 2007. The company mainly manufactures buses and trucks in India, but seeing the increasing demand for electric vehicles in India, the company decided to foray into the passenger car segment.