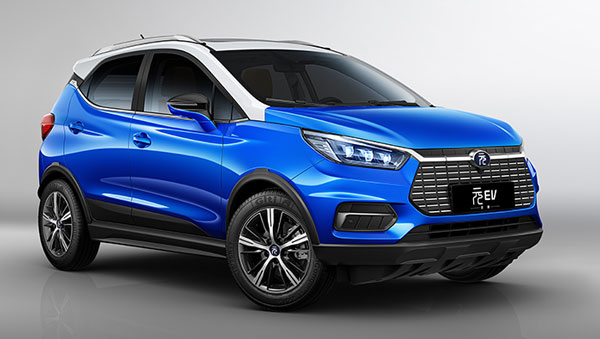 Interestingly, the lockdown during the Corona pandemic had little impact on BYD’s production and sales as most of the company’s factories are outside regions and cities where China’s lockdown measures were not strict. While the lockdown on the other hand had a greater impact on Tesla along with other Chinese EV makers including NIO, Xpeng and Li Auto.

BYD has set an ambitious target of selling 1.5 million electric vehicles this year. In India, the company has entered the electric four-wheeler market with the e6, which recently also entered the India Book of Records for the longest distance covered by an EV.

The company launched the E6 MPV in India in November last year. The company is currently selling this MPV to customers for fleet use only. The BYD E6 has been made available in India at a price of Rs 29.15 lakh (ex-showroom).

BYD’s new e6 MPV (Multi-Purpose Vehicle) uses a 71.7 kWh Blade battery. The carmaker claims that it gives a range of 520 kms on a single charge in city conditions as per the WLTP rating. The MPV is powered by a 70kWh electric motor that is capable of producing 180 Nm of peak torque. The top speed of this electric MPV is 130 kmph.

BYD says that the electric MPV e6 can be recharged via both AC and DC fast charging features. The company also claims that the MPV can be charged from 30 percent to 80 percent in just half an hour.