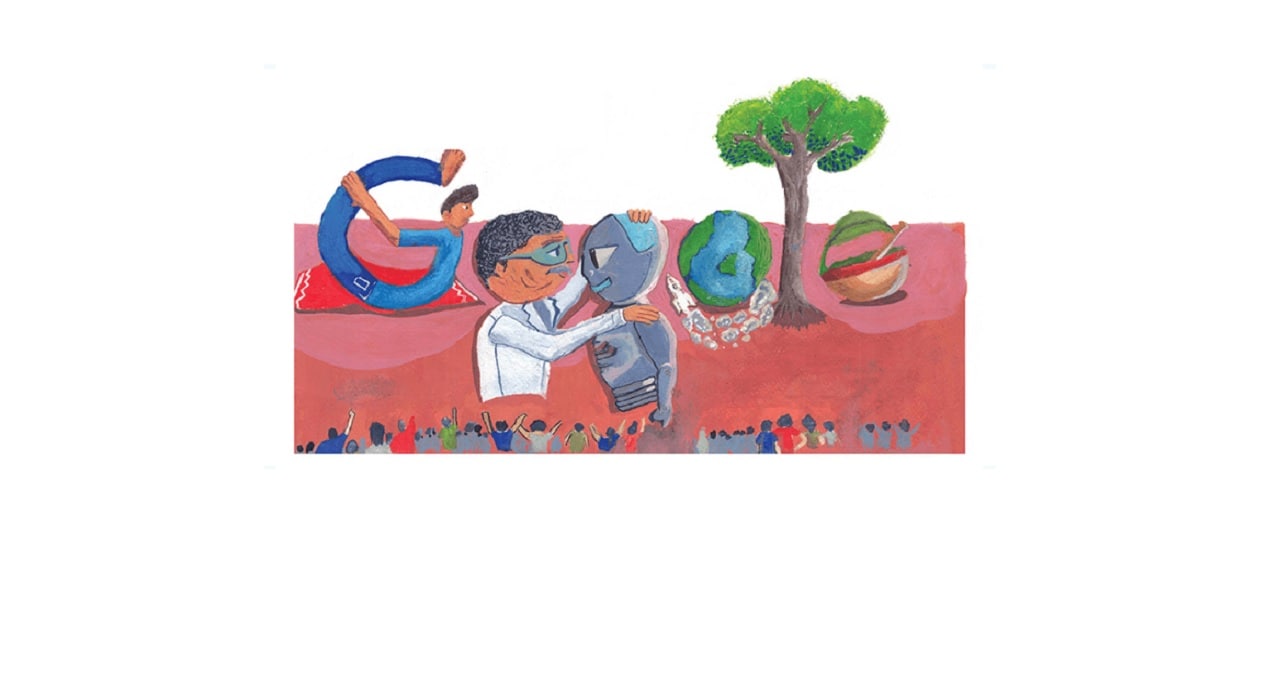 In India, today i.e. on November 14, the birth anniversary of the first Prime Minister of the country, Jawaharlal Nehru, is celebrated as Children’s Day. On this day, tech giant Google has announced the winners of Google for Doodle Competition on the occasion of Children’s Day in India. Shlok Mukherjee of Bengal has become the first winner in this. The Shloka ke doodle on India on the center stage has received the highest number of votes out of 20 entries selected from across the country. Google made it live on its home page on the night of 14 November at 12 noon.

googd doodle Children in classes 1 to 10 from over 100 Indian cities participated in the competition, with over 1,15,000 entries. The title of Shlok’s doodle is ‘India on the Center Stage’. In this, the future of India’s scientific progress and speed is known. Google said in a press release that “we are very pleased that AdWords technology and sustainability appeared as common themes in many of the Doodles.”

A doodle of Shloka based on the theme of the contest “Agle 25 Saal Mein Mera Bharat Hoga” will be displayed on the search engine throughout the day. A student of Delhi Public School in Newtown, Kolkata explained the doodle that “in the next 25 years, scientists in our India will design our own eco-friendly robots for the benefit of humans. India will have simple journeys from earth to space. Bharat Yoga And will grow further in the field of Ayurveda and become stronger in the world in years to come.”

Google said that the 20 doodles were finalized by a team of judges, which included prominent personalities such as Tinkle Comics editor-in-chief Kuriakose Vassian. In this, public vote was used for the results. Google judged artistic metrics, creativity, alignment with the contest theme, uniqueness and innovation in vision to finalize hundreds of entries. Due to more than 5 lakh public votes, the results have been revealed, in which one national winner and 4 group winners have been declared.