“This browser is like 2008”: Windows 10 and Windows 11 discourage users from downloading Chrome 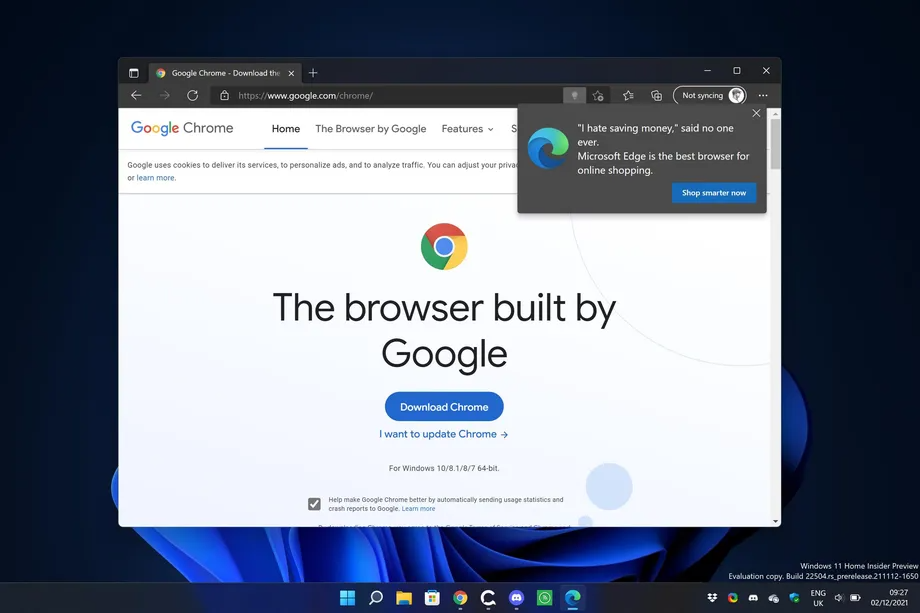 Microsoft has taken another step to prevent users of its operating systems from switching from the proprietary built-in Edge browser to the rival Google Chrome.

Windows 10 and Windows 11 have started displaying hints when users navigate to the Chrome download page.

These alerts discourage users from installing a Google browser. Among these notifications:

This is far from the first such attempt. Microsoft began testing “warnings” for users trying to install Chrome or Firefox back in 2018, but then refused them… Also, Microsoft makes it difficult to work with third-party browsers on Windows. For example, in early November Windows 11 stopped allowing links to be openedrelated system to Microsoft Edge in third-party browsers.