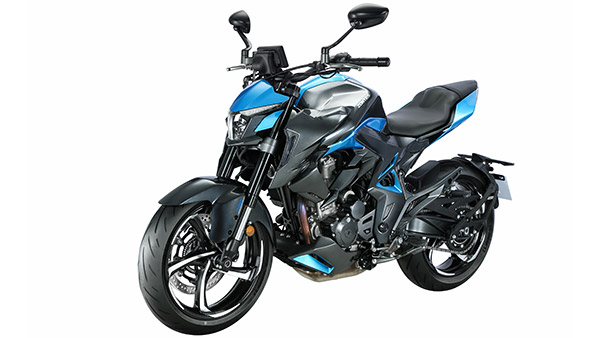 The company has launched this bike in a very large range. These include naked sports, sports, cafe racer, tourer and adventure tourer models. In the Jontes 350 range, these bikes get a 348 cc liquid-cooled engine, which generates 38 bhp power and 32 newton meter torque.

Jontes has given a balanced suspension system to all bikes in the 350 range, which gives it good handling on Indian roads. It has 43 mm telescopic suspension at the front and monoshock suspension at the rear. To make the bikes strong, light aluminum alloys and spoke rims have been given in it.

In terms of safety features, the bike gets tire pressure monitoring system, tubeless tires and dual channel ABS. With its TFT screen, speedometer, navigation, Bluetooth connectivity, you can take advantage of the features of taking calls with music and receiving notifications from the phone.

The large 19-litre fuel tank fitted with it will not only provide good range at full tank, but also make an impact in the design of the bike. Due to which the bike looks more muscular and bulky. With the push of a button, you can do many things without a key. Fixing the electric windscreen and handlebar and remotely opening the fuel filler cap and even the seat lock.

Moto Vault will sell Jontes bikes in association with a multi-brand super bike franchise, Moto Morni, and will soon include a new bike brand. Initially, the company will build a strong network of 23 touch points across the country. Jontes’ motorcycles will be assembled in India at Adishwar Auto Ride India’s plant in Hyderabad, Telangana.

These bikes of Jontes make it feel more expensive due to the price of 3 lakhs. Its competition can be seen from bikes like Kawasaki Ninja 300, KTM 390 Adventure, Jawa 42 Babbar already existing in the Indian market.