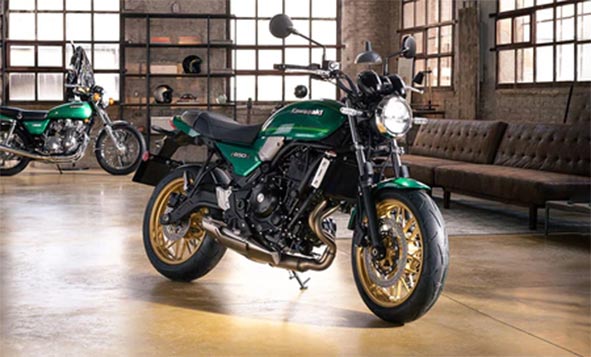 If launched in India, its estimated price is around 7 lakh rupees.

This special edition motorcycle made in limited numbers has been given a unique styling. The model gets the legacy two-colour Candy Diamond Brown and Orange colours, gold wheels, gloss black finish on the frame, special edition emblem and logo, chrome headlight and miter trim rings, specially textured leather seat with contrast stitching. And for the rear ride, a chrome finish grab rail has been given. If this bike is launched in India, then its estimated price is around Rs 7 lakh.

The bike is equipped with assist and slipper clutch that work according to its power, apart from this, they keep the rear tire from jerking even when you drop gears rapidly. It gets disc brakes of 300 mm at the front and 220 mm at the rear which come with dual-piston calipers. ABS is standard here and high speed is also very important for this bike, with the help of this, better control is available on the bike.