This anti suicide smart fan rod is of great use, so many lakhs were found in Shark Tank Many such products have been showcased in Shark Tank India, which very few people knew about. However, these products are of great use and you can use in your home. Let us know the details of these products.

In the consumer goods segment, new innovations keep happening to make people’s life easier. Some such products have entered the market, which are not only innovative but are also working to keep people’s lives safe. One such product has been brought by a company named Gold Life. The company and its products have been in the market for a long time, but it has also caught the attention of the general public after coming to the recent show Shark Tank India.

What is the product of the company?

Gold Life has developed Anti-Suicide Ceiling Fan Rod. The company has installed more than 50 thousand anti suicide ceiling fan rots in hostels, hospitals, hotels, jails and government quarters. Due to this rod, the cases of suicide by hanging from the fan can be reduced.

Recently it was also featured in an episode of Shark Tank India . Thanks to this product, the company has secured an investment of Rs 50 lakh in return for 30% equity.

Sharad Ashani developed this product while working in an MNC and was planning to launch it only after his retirement. In the year 2017, he started working on this rod again. Sharad said that according to the data of the National Crime Records Bureau (NCRB), about 57 suicide cases in the year 2020 were due to hanging from the fan. 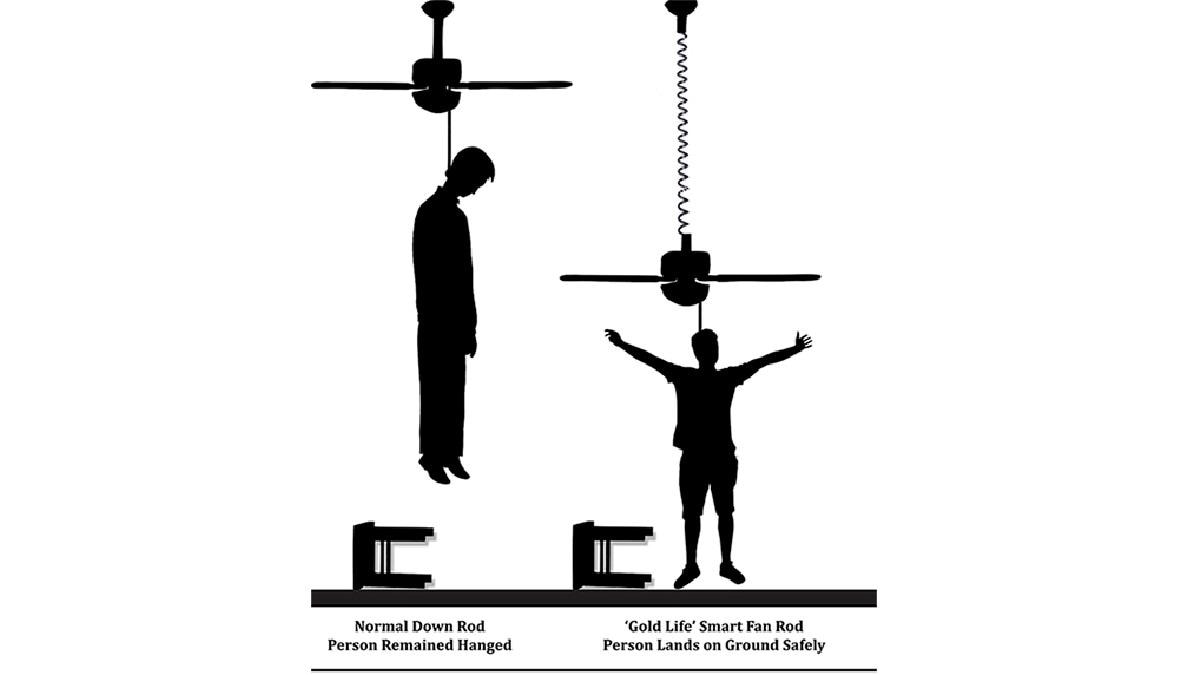 How does it work?

This technology works normally. It has been designed in such a way that as soon as the weight increases after a certain load on it, this rod splits into two parts and suicide can be prevented. Actually, the anti suicide fan rod or smart fan rod is divided into two parts, which are connected to each other with the help of a spring.

When the load increases, both the parts separate from each other and the fan does not fall down because of the spring. This prevents suicide. Also, it does not allow the fan to fall on anyone.