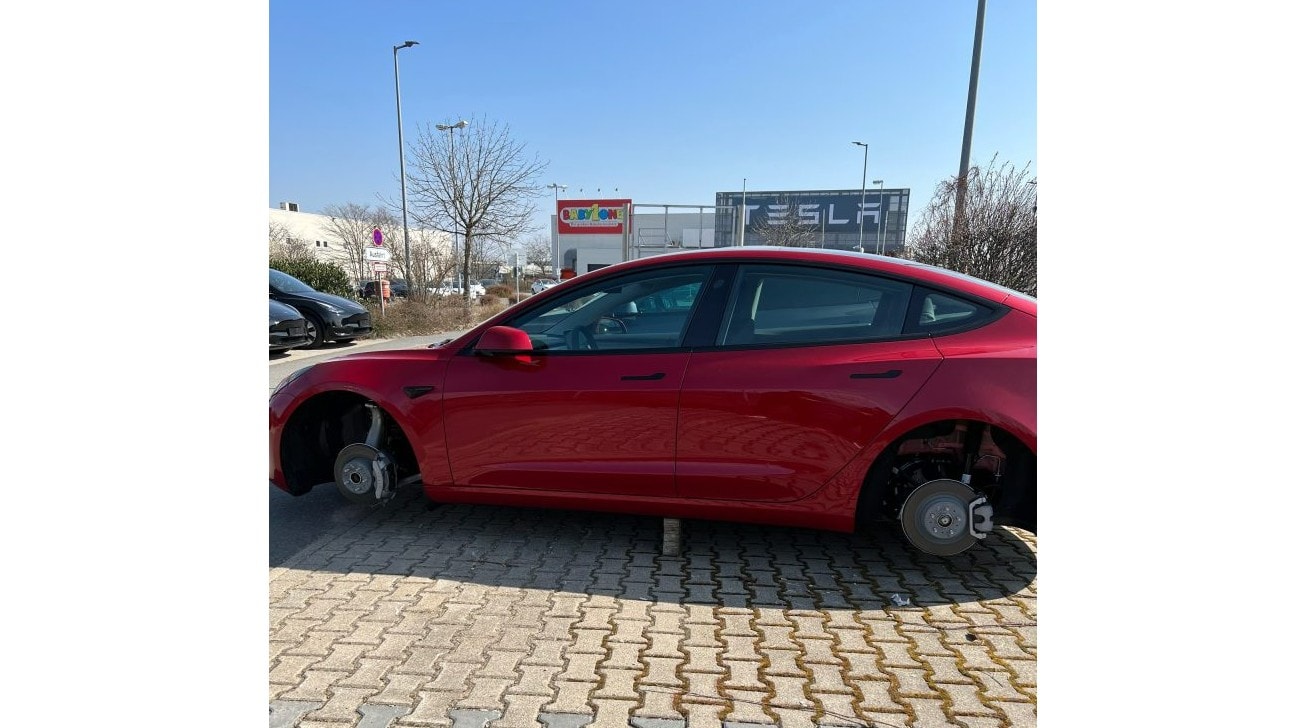 Tesla, the electric car company of the world’s richest man Elon Musk, continues to struggle with one or the other problem. Tesla cars are becoming easy targets for crooks. The charging stations of Tesla cars are also being targeted and the charging cables from there are being stolen and sold in the market. Recently, there was news of sabotage at Tesla charging stations in China. The latest incident is from Germany, where the thieves have gone a step ahead. They targeted a Tesla delivery center located in Vitterstadt. Thieves stole wheels and aero caps of 11 Tesla cars from the delivery center. These were Tesla’s Model 3 and Model Y cars, which were to be delivered to their owners.

The theft also raises questions about the security at Tesla’s delivery center. The company has multiple delivery hubs across Europe and this is the first incident of theft at a delivery centre.

Presseportal according to The theft took place between 6:00 pm on March 11 and 9:00 am on March 12. The thieves took advantage of the darkness and targeted 11 ‘Model 3’ and ‘Model Y’ electric vehicles. The thieves stole their wheels. The carriage and battery pack of the cars are also believed to have been damaged.

However, the police is probing the matter. He has appealed to such people to come forward, who have seen the theft or have any information about it. It is not clear whether security personnel were stationed at the hub at the time of the theft.

Tesla also wants to sell its cars in India, but it is yet to be agreed with the government. Recently, there were reports that there is a standoff between Tesla and India over the possible tax benefits, because the government wants from Tesla the commitment of manufacturing at the local level. Without this, she does not want to pay any tax benefit. The government wants Tesla to buy $500 million worth of local auto components to be eligible for import tax exemptions in the country.

Tesla has been given a condition that it can start buying local auto parts at a lower base. The Indian government has formally asked Tesla to increase domestic sourcing. However, Tesla has not yet commented on this. Interestingly, Tesla had earlier claimed in August 2021 that it had sourced around $100 million worth of auto parts from India for its electric vehicles.