Thieves entered the Apple Store at 5 am, took away iPhones worth lakhs of rupees in a sack; Video went viral 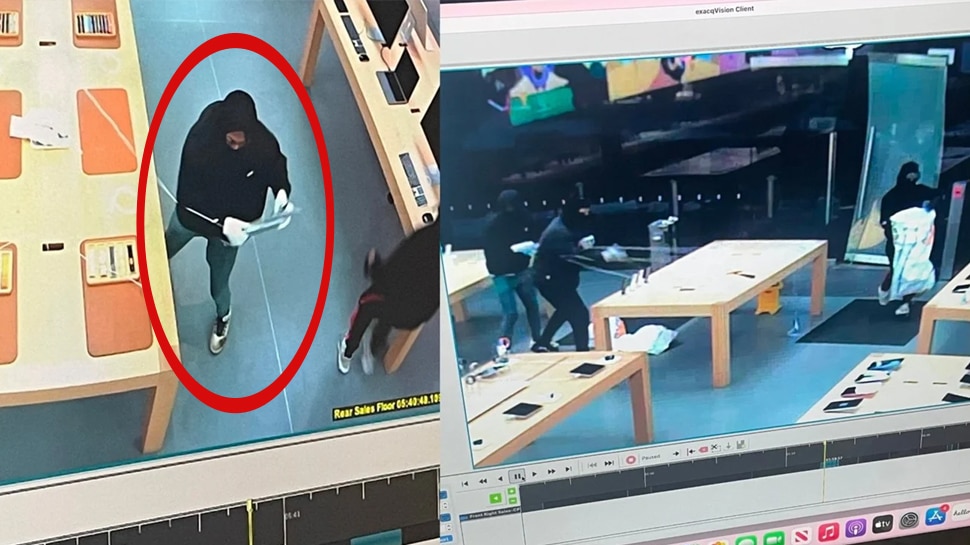 Thieves entered the Apple Store in the morning. They have stolen Apple products worth more than $ 100,000 (Rs 80 lakh). The incident took place on January 23 in Beavercreek, Ohio.

Apple’s products are very expensive. Thieves entered the Apple Store in Ohio, US in the morning. They have stolen Apple products worth more than $ 100,000 (Rs 80 lakh). The incident took place on January 23 in Beavercreek, Ohio. At around 5.40 am, three thieves were reported to have entered the Apple Store on Cedar Park Drive. Thieves took away the face from the display and store room of the shop.

The thieves had fled in a maroon Ford Focus car after looting goods worth Rs 80 lakh. The Beavercreek Police Department has been told that the thieves took approximately $100,000 worth of Apple products.

Police immediately ordered store employees to activate tracking and alert features for the stolen devices. This benefited the police a lot and helped the police recover most of the items thrown at Trotwood.

The police became active as soon as the news came. But many arrests have not been made so far. The police are still looking for the suspects and they are also taking information from the people. The Apple Store in Beavercreek is a one-stop shop for a range of services and goods. This is not the first time this has happened in the Apple Store. Even before this, many Apple stores have been looted.