These top three winners made it to Samsung’s ‘Solve for Tomorrow’ competition; Will get a grant of Rs 1 crore 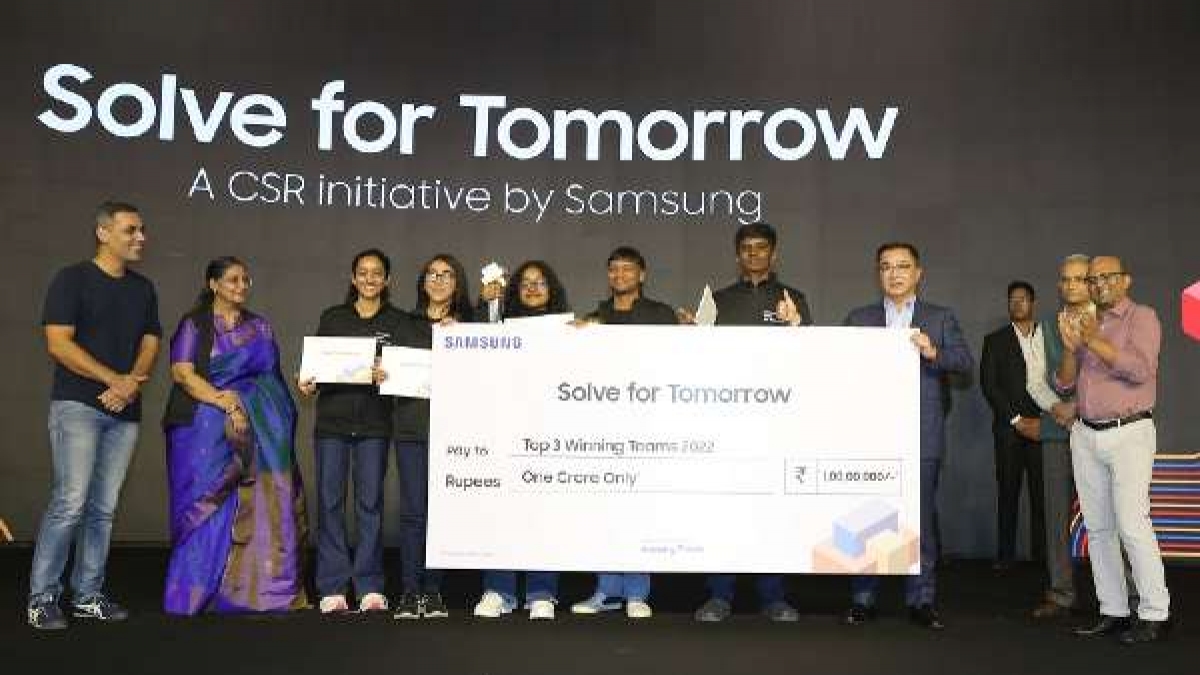 Samsung has announced the top three winners of the inaugural edition of Solve for Tomorrow in India. This Samsung National Education and Innovation Competition aims to help youth across the country solve real-life issues with innovative ideas and bring about a change. Solve for Tomorrow is a CSR initiative by Samsung.

The winners got a grant of 1 crore

This gift was given to the winning team

Each of the winning teams received a certificate and a beautiful Solve For Tomorrow trophy. The trophy is inspired by the program’s logo and represents courage and aspiration. Each member of the team also received a slew of great Samsung products, including a Samsung Galaxy Book 2 Pro 360 laptop and a Samsung Galaxy Buds 2. The winning teams will also receive an 85-inch Samsung Flip interactive digital board for their respective school or college.

The top three winning teams were selected at the Solve for Tomorrow Grand Finale event in New Delhi, where the top ten teams gave their final performances and showed their prototypes to an esteemed Grand Jury. A certificate was awarded to each member of the top 10 teams. A hamper was presented by Samsung and IIT Delhi, which included Samsung Galaxy Book2 Pro 360 laptop and Samsung Galaxy Buds2.

Information on the three winners of Samsung Solve for Tomorrow 2022:

Sputnik Brain – Shankar Srinivasan is working on a wearable device that will help reduce stress through safe brain modulation. He wants to tackle the global problem of deadly stress and the need for chemical and adverse-effects free technology. Their Safe Brain Modulation Wearable Device for Mental Health transmits waves to mood centers in the brain within the FDA’s range of frequency, intensity and pulse repetition periods.

Alpha Monitor – Hemesh Chadalwara has developed a smart wristband to monitor Alzheimer’s patients and alert their caregivers about changes in their behaviour. The device monitors the patient’s health parameters such as pulse and blood pressure to the caregiver.

flight – The all-girls team of Prisha Dubey, Anupriya Nayak and Vanalika Konwar is trying to solve a major challenge in menstrual health. They are developing eco-friendly, economical and washable sanitary pads using sugarcane bagasse produced in sugar factories which will be extremely affordable as compared to existing products in the market.