These structures made by humans can be seen from space, you can also see their amazing pictures 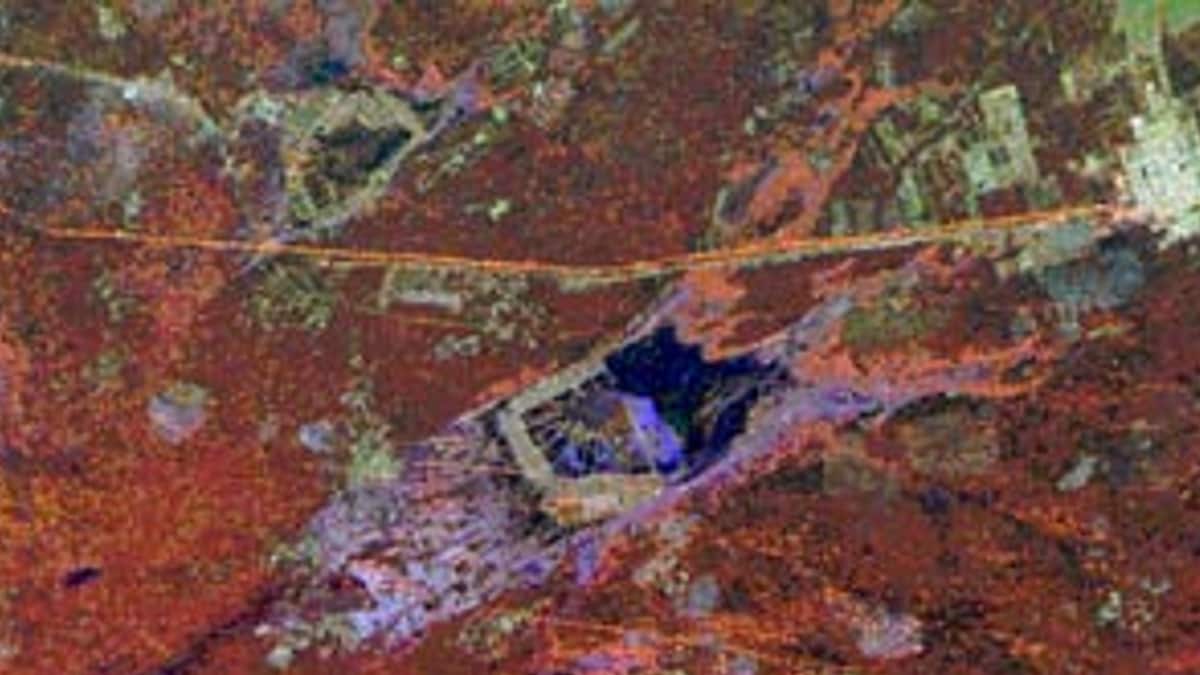 You must have heard people say that the Great Wall in China or the Pyramid of Giza can be seen from space. However, we must not forget that there is a distance of thousands of kilometers between space and the surface of the Earth. But it is not that any structure made by humans in our world cannot be seen from space. There are many structures, which have been captured by satellite cameras located in space and there are some structures which, despite being so far away, can be seen by the human eye.

Here we are telling you about the structures made by humans, which have either been seen by the human eye from space, or they have been captured by advanced cameras.

The Great Wall of China

Let’s start with the Great Wall of China, because it is such a huge and tall structure that can be seen from space. Even you must have heard many people around you saying that the Great Wall is also visible from space. So is it true?

Even Chiao, the person who took the first picture of the Great Wall of China from space. have to say that while taking the picture they should have this structure [आंखों से] was not visible. He also told that many cities were visible from space. of LiveScience Report According to reports, this claim of Chiao was also supported by former NASA Astronomer Clayton Anderson.

Bingham Canyon Mine is the largest man-made mine ever built. You can find out its magnitude from that, according to Live Science, it has also been seen by astronauts aboard NASA’s Space Shuttle, which is between 190 and 330 miles (305 to 531 kilometers) above sea level. But orbits the Earth.

Palm Island located in Dubai is nothing less than a charm. This island has been built by humans over the sea. of NASA accordingThis famous feat of engineering can also be seen from the Karman Line. For those who do not know, let us tell you that the Carman line is widely considered to be the boundary between Earth and space. Typically, it is defined as 100 kilometers (62 mi) above our planet’s surface. It was named after the physicist Theodor von Karmann.

Image by 800mm lens, taken by one of the Expedition 40 crew members aboard the International Space Station.
Photo Credit: NASA

Apart from the naked eye, with an 800 mm (31-inch) lens, these artificial islands can also be clearly seen from the International Space Station (ISS), at an average altitude of about 250 miles (400 km) above sea level. revolves around.

of NASA accordingThe Three Gorges Dam, spanning the Yangtze River in China, is also visible from space. The dam is the largest electricity generation facility in the world and is one of France’s 24 according, it is considered to be the costliest hydroelectric dam ever built. It is 607 feet (185 m) high and is over 1.2 miles (2 km) long.

These are such huge structures after the Great Wall, which would be visible to the public from space. However, there remains disagreement among experts. British astronaut Tim Peake believe The Pyramids of Giza cannot be seen with the naked eye, but they can be seen relatively clearly through an 800 mm lens. At the same time, former NASA astronaut and ISS commander Leroy Chiao insisted that he saw the pyramids while in orbit.