These scooters can be driven without a driving license, do not drink a drop of petrol 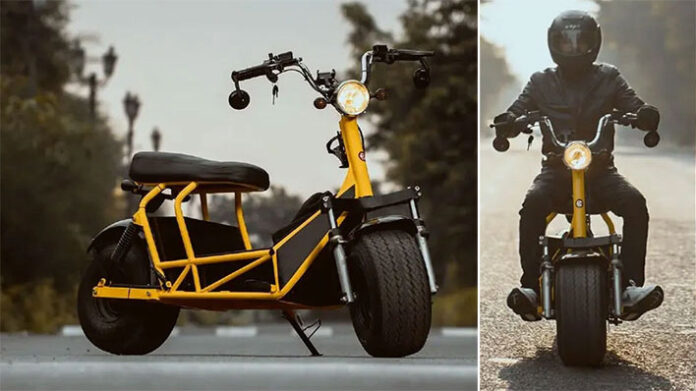 The demand for electric vehicles in India has increased manifold in the last few years and the time to come will be of these vehicles. Electric vehicles have already come in trend here and another trendy electric scooter has been introduced in this trend. A start-up named Corrit Electric has introduced the Hover Electric Scooter which is very different in appearance. This EV has been designed by targeting school-college students and does not require any kind of license to run it. This scooter has come without any frills in which only the frame has been used. This scooter has been given wide tires which give it a different look.

The Hover electric scooter is primarily targeted at the students and has a top speed of 25 km/h. This is the reason that no license is required to run it. This electric scooter has been designed according to the youth of 12-18 years. It is accompanied by a 25 AH rechargeable lithium-ion battery, which can accelerate it to 0-25 km / h in 3 seconds. The company has claimed that once fully charged, this e-scooter gives a range of up to 110 km.

Value for money in features and price

According to Korit Electric, the Hover electric scooter comes with smartphone connectivity. For a comfortable ride, telescopic forks have been given in the front and spring suspension in the rear. Talking about braking, here disc brakes of 200 mm and 180 mm have been given in the front and rear wheels respectively. The Hover EV has been priced at Rs 84,999 and customers can book it for a token amount of Rs 15,000.