These new bikes are being launched in Diwali, take a look before buying 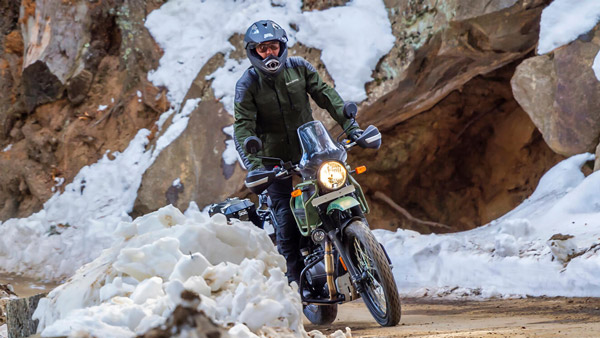 One bike that has been eagerly awaited is the Himalayan 450 from Royal Enfield. It is being tested for a long time and has been seen many times. The MD of Royal Enfield has also shared the picture of this bike on his social media account, from which a little information was given about its look. It is going to be slightly bigger than the current model.

In this, the front LED headlight of this bike can be seen but not much design details have been revealed. The Royal Enfield Himalayan 450 is expected to get a slightly bigger exhaust, while its windshield, fuel tank and side panels have been seen. The front and rear luggage racks can be kept same as before but its profile can also be changed slightly.

Hero is currently testing a number of Xplus bikes and has been seen testing the Xplus 400 model and Xtreme 400S a while back. The company is now trying to foray into the 400cc segment through its popular Xplus range and is expected to launch in the Indian market soon.

At the same time, the 400cc model of the Xtreme model can also be brought along which is being tested simultaneously. It is going to be a very important model for Hero as the company is about to enter a completely new segment. Now in such a situation, the company would not like to make any reduction in any area from look to features.

Bajaj Pulsar is a popular range of the company and the 150cc model is well-liked, due to which it is the best selling model of this range. Now expanding this, the company is going to bring the N150 model which has been seen continuously testing. It is now finally in its final stages and may soon be available at dealerships.

Hero MotoCorp is preparing to bring its 200cc bike XPulse 200T in a new avatar. The company is going to make changes in the look and graphics of this bike but no update will be done in the engine. This bike has also been seen during the ad shoot and in such a situation it can be said that it is going to be launched soon.

The two-wheeler market has been sluggish since the Kovid epidemic, but this Diwali is expected to improve the market and in such a situation big companies like Hero, Royal Enfield, Bajaj are also going to bring new models to woo the customers.