These five great features will be available in Tata’s special Kaziranga Edition, see which cars are in the list 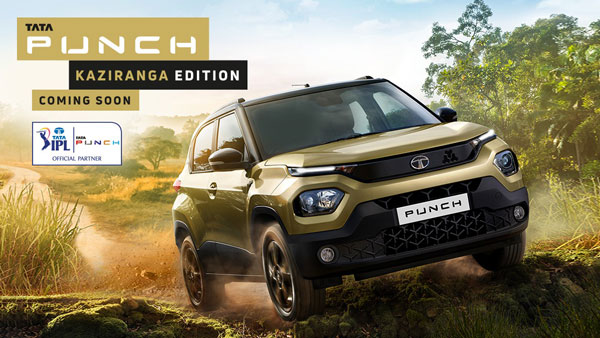 In such a situation, it is expected that soon Tata Punch, Nexon, Harrier and Safari SUVs can be launched in this bold avatar. At the end of the week, Tata Motors gave a slew of details on what these special edition SUVs will have to offer.

The Kaziranga Edition of Tata Motors’ SUVs, which are inspired by the one-horned rhinoceros of the Kaziranga National Park in Assam, will get a distinctive grassland beige body color along with rhino motifs. Let us tell you that till now Tata Motors has revealed five key features.

These features will be packed inside these new SUVs. The Tata Nexon, which is currently the best-selling compact SUV from the carmaker, will be exclusively equipped with ventilated seats. The inner upholstery of the Tata Nexon Kaziranga Edition will feature premium Beneque Calico dual-tone earthy beige leatherette.

Talking about other features available in this special edition, the company will introduce Inside Rear View Mirror or IRVM with auto dimming facility in these SUVs. This feature will also be made available in the Tata Nexon Kaziranga Edition.

This will help to ‘detect glare and adapt to ideal road vision’. Talking about the features found in Tata Safari Kaziranga Edition, then it will get the facility of wireless charging. This is a feature that is already available in the three-row seven-seater SUV.

Apart from this, the Tata Punch Kaziranga Edition will also come with the IRA Connected Car feature from Tata Motors. Voice commands and What3Words features can be used to get information about navigation, weather etc.

This feature will be available on Harman’s 7-inch touchscreen infotainment system. If we look at the fifth special feature available in this edition, then the air purifier system will be used in all these four SUVs. Tata Punch, Nexon, Harrier and Safari Kaziranga Edition will be offered with air purification as standard.

Recently, Tata Motors released a teaser for these four SUVs, in which their exteriors and special color paint jobs have been revealed. As can be seen in the new teaser, these models will be kept in Meteor Bronze color, along with Rhino logo will be given on all the models.

It will be given on the fenders, rear windscreen and glovebox. Along with this, Kaziranga Scuff Plate will also be given. At the same time, the photo of Rhino has been given on the glove box in its interior. Apart from this, no other changes are seen.