These celebrities of the film world have bought a new car, know how much is the price and what are the features 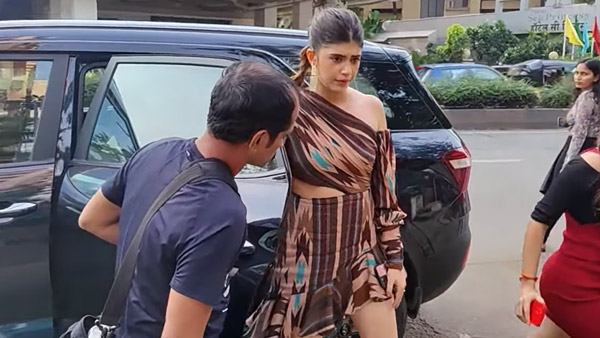 Nimrat Kaur, who has worked in Bollywood films and superhit film ‘Lunchbox’, has recently bought a new Land Rover Range Rover SUV for herself. According to reports, the price of this SUV is being told at Rs 2.38 crore. Let us tell you that Nimrat is one of the very few buyers to buy the new Range Rover (2022 Range Rover) SUV in India.

Talking about the new Range Rover, this SUV has been made available in 3.0-litre petrol, 3.0-litre diesel and 4.4-litre petrol hybrid engines. Its most powerful model produces 523 Bhp of power along with 750 Nm of torque.

Riteish and Genelia recently bought a new electric SUV. This SUV is BMW iX Electric, which costs around Rs 1.16 crore. This couple of husband and wife were recently seen going in this car at an event in Mumbai. The BMW IX is the fifth-generation all-electric SUV from the brand that comes with an all-wheel-drive (AWD) drivetrain. Two electric motors have been used on each of its axles. In India it has been launched in a variant xDrive 40. A battery pack of 76.6 kWh has been used in this.

The BMW IX SUV can be driven up to 425 km on a single charge. It is being sold in India through the Completely Built Unit (CBU) route. It competes with luxury electric cars like Mercedes-Benz EQC and Audi e-tron.

Anil Kapoor is one such veteran actor who needs no introduction. Apart from owning a plethora of luxury cars, he is another Bollywood personality who has recently bought a new car. Anil Kapoor recently took delivery of the Toyota Vellfire Premium MPV, which is priced at Rs 92.60 lakh, ex-showroom.

The Toyota Vellfire is a 6-seater luxury MPV that is being brought to India as a Completely Built Unit (CBU). This car has been made available in only one variant. The Toyota Vellfire is a petrol-electric hybrid engined MPV mated to a 2.5-litre petrol engine paired with an electric motor. This engine generates power of 115 bsp and peak torque of 198 Nm.

Daisy Shah is the next name in the list of Bollywood celebrities. She has worked in many films including Tere Naam, Jai Ho and Hate Story 3 and has been working in South Indian films including Bollywood for a long time. Recently he has been seen taking off from his new Range Rover Velar. This luxury SUV comes with a 2.0-litre petrol engine that generates 250 Bhp of power and 365 Nm of torque.

The SUV is also being offered with a 2.0-litre diesel engine that churns out 204 Bhp of power and 430 Nm of torque. This SUV is only offered with an automatic transmission. Its ex-showroom price in India is Rs 89.41 lakh.

Actress Sanjana Sanghi, who came into limelight from the movie Dil Bechara, was recently seen with her new Hyundai Alcazar SUV. The Alcazar is a 6/7 seater SUV that is powered by a 2.0-litre petrol engine. This SUV also comes with a 1.5-litre diesel engine, both the engines have manual and automatic gearbox options. Hyundai Alcazar price in India ranges from Rs 15.89 Lakh to Rs 20.25 Lakh ex-showroom.