These cars hit the market in October 2022, ranging from electric SUV to XUV300 turbo model 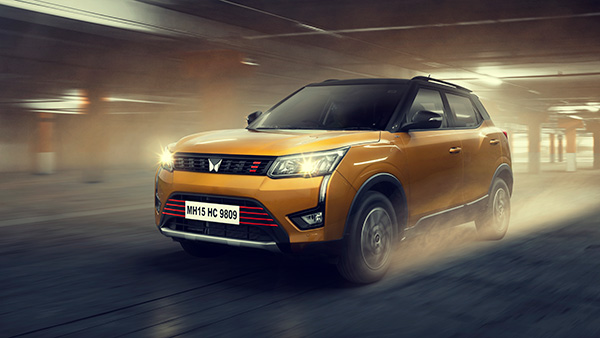 The Eto 3 electric SUV has been introduced in the Indian market. Its booking has also started and this electric SUV can be booked by paying Rs 50,000. The company will start the delivery of this electric SUV from January 2023. According to the company’s claim, the Eto 3 can give a range of 521 km (ARAI certified) on a single charge.

In the BYD Eto 3, the company has used a 60.48 kWh Blade battery pack. Talking about the charging time, the company claims that it can be charged from 0 to 80 percent in just 50 minutes using a DC fast charger. However, it will take around 10 hours for a regular AC home charger to charge it.

The Mahindra XUV300 Turbo has been launched in India at a starting price of Rs 10.35 lakh (ex-showroom), while the top variant has been priced at Rs 12.90 lakh (ex-showroom). The new 1.2-litre T-GDi turbo-petrol engine is the most powerful engine available with the XUV300, taking over the existing 1.2 turbo-petrol and 1.5 diesel engines.

The XUV300 Turbo is offered in three trims – W6, W8 and W8(O). The 1.2-litre, three-cylinder turbo petrol engine of the XUV300 TurboSport produces 130 Bhp and 230 Nm of torque. Its torque is up to 250 Nm with overboost function. The turbo-petrol unit is mated to a 6-speed manual gearbox.

The Nissan X-Trail is the company’s premium SUV, which will be available in 5-seat or 7-seat models. In India, it will compete with Volkswagen Tiguan and Skoda Kodiaq. The latest version is built on Renault-Nissan’s CMF-C platform. It is being sold overseas with a 2.5-litre petrol engine and a 1.5-litre turbo-petrol mild-hybrid powertrain.

The Nissan Cashkai is a 5-seater SUV that is slightly smaller than the X-Trail and rivals the Jeep Compass and the Hyundai Tucson globally. Using the same basic premise as the X-Trail, the third-generation CashKai is also offered with the option of Turbo-Petrol, Mild-Hybrid and E-Power variants.

The Nissan Juke is least likely to be launched in India. Nissan says it was only brought to the public to demonstrate. The design of the Nissan Juke is quite modern and funky. If it is launched in India then young customers will love it the most. It is powered by a 1.6-litre turbo-petrol strong hybrid engine. This SUV competes against Toyota Highrider and Maruti Suzuki Grand Vitara.