These are the world’s top 10 most expensive bikes, the price is so much that many palaces will stand 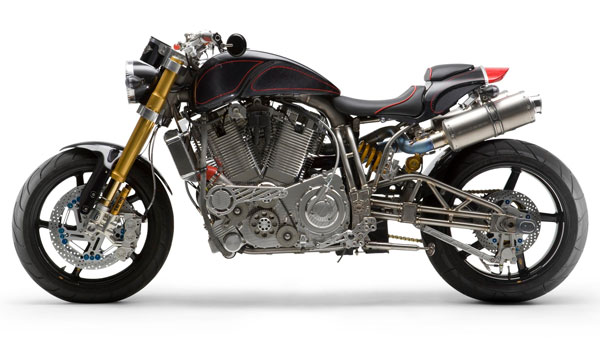 This Ducati Concept This bike looks like an ordinary sports bike but its build is very special. Carbon fiber and titanium have been used to make the frame of this bike, which are quite expensive. This bike is powered by a 998 cc V2 twin cylinder engine but due to the lightweight frame, it weighs only 134 kg. At present, the company is making this bike only on special order. In the international market, this bike has been sold at a price of Rs 1.73 crore.

This great bike of Ducati is also made in limited numbers. This sports bike is powered by a 989 cc V4 engine that generates a maximum power of 175 Bhp. This bike is specially made for racing. This bike has also participated in Ducati’s Racing Championship several times. Despite having four cylinders in the engine of the bike, its weight is only 145 kg. It is available in the international market at a price of Rs 1.78 crore.

This bike was launched in 2007. It was the most expensive bike in its segment at that time. This bike is powered by a 2.4-litre engine made of carbon fiber parts and aluminum alloy, which generates power of 228 bhp. The company produced only 13 units of this bike. The Ecosse FE Ti XX Titanium Series was launched at a price of Rs 2.30 crore.

Dodge Tomahawk is the fastest bike in the world. It has a top speed of 450 kmph and can accelerate from 0-60 kmph in just 2.5 seconds. It is powered by an 8.3-litre powerful 20 valve engine that can generate power of 507 bhp. Along with the engine, the design of this bike is also very special. It has two wheels installed at the front and rear. Its cost is Rs 4.23 crore.

This bike is a piece of art. Partnering with renowned artist, Jack Armstrong, Harley Davison introduced the Harley V-Rod in yellow and red. To promote it, the company sold it for $1.5 million (Rs 11.54 crore). The cost of the paint in it is $9 million.

The design of this bike is very strange but modern features have been used in it. This bike does not have a side stand, instead the bike has been given air suspension, due to which it can be parked on the engine. With the air suspension on, the height of the bike can be increased up to 10 inches.

This is the era of motorcycles when the effort to make motorcycles around the world had started. Heidbrand and Wolfmüller, two steam engineers developed a petrol-powered bike that would start when pushed. This bike does not have kick and gear. It used to move forward only by rotating the throttle. Available in very limited numbers, this bike is priced at Rs 27 crores.

The Ecosse ES1 Spirit is a very special bike. The design of this bike is a sample of 21st century engineering. The chassis design of this bike makes it special. The front suspension of the bike is linked to the engine, while the rear suspension and swingarm are connected to the gearbox at the rear. Due to its design, it weighs 120 kg. The bike gets electronic steering like a car and all the controls are completely electronic. It takes two weeks of special training to run it.

This old-fashioned bike is at number two in the list of most valuable bikes in the world. The AJS Porcupine was created in 1949 and in the same year bike racer Les Graham won the World Motorcycle Racing Championship with this bike. This bike was one of the most luxurious and powerful bikes of its time. This bike is powered by a 500cc engine. It is currently housed in the Coventry National Motorcycle Museum, England.

Neiman Marcus is the most advanced bike of the present time. The chassis and frame of this bike are the most attractive. The special thing about this bike is that its frame is made by cutting a large piece of metal and there is no joint or welding anywhere in it. 1966cc engine has been installed in this bike. It has a top speed of 300 km/h and can accelerate from 0-100 km/h in just 3 seconds.